So, you've reached 40 weeks of pregnancy and the baby has not arrived. You had hoped to go in labor on your own and the idea of a medical induction does not appeal to you. Is there anything you can do? Castor oil has been used to induce labor for many years. Some midwives and doctors alike both use it. However, the number of doctors and midwives advocating its use is slim with the advent of modern medical interventions such as pitocin, which is safer and more effective. While pitocin and/or a hospital induction would be arguably safer, castor oil is still considered to be a valid alternative for some women.

How Do I Know If Castor Oil Will Work for Me?

If you are 40 weeks and showing signs of labor, castor oil may be the right method for you. You will to feel your cervix, as you'll want it to be soft and thinning. If you have begun to dilate and efface already, this will increase your chances of castor oil being effective at labor induction.

Note: Castor oil almost always causes diarrhea. Its primary use is a stimulant laxative. It has an unpleasant taste and may cause nausea, vomiting, and abdominal cramping. If you do not wish to experience these symptoms, do not try castor oil. Before using castor oil you should consult your health care provider.

Warning: You should not try castor oil if you have not reached your due date or have a high-risk pregnancy.

How Does Castor Oil Induce Labor?

Castor oil is a laxative. It is believed that castor oil works to stimulate the bowels, which can lead to cramps and tightening of the muscles in the intestines. These cramps may spread to the uterus, tightening the uterine muscles and stimulating contractions. These contractions may or may not lead to the onset of active labor.

Is It Safe to Use Castor Oil During Pregnancy? 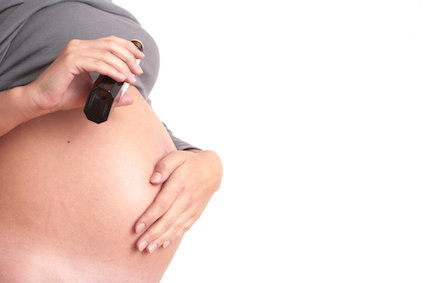 The verdict is still out on castor oil's effectiveness at inducing labor. Some women swear by it, while others feel it is nothing more than an old wives tale and purely a coincidence for the women who do go into labor. There have been very few studies on castor oil as used for labor induction. Therefore, the long and short answer to this question is maybe.

How Much Castor Oil Should You Use to Induce Labor?

Castor oil can be purchased at most drug stores in the laxative aisle. Opinions on how to use castor oil vary. Most midwives recommend using 2 ounces. You will likely want to mix it with something to make it taste more palatable, as it has an unpleasant oily taste. If you use castor oil, you may want to try one of the following recipes.