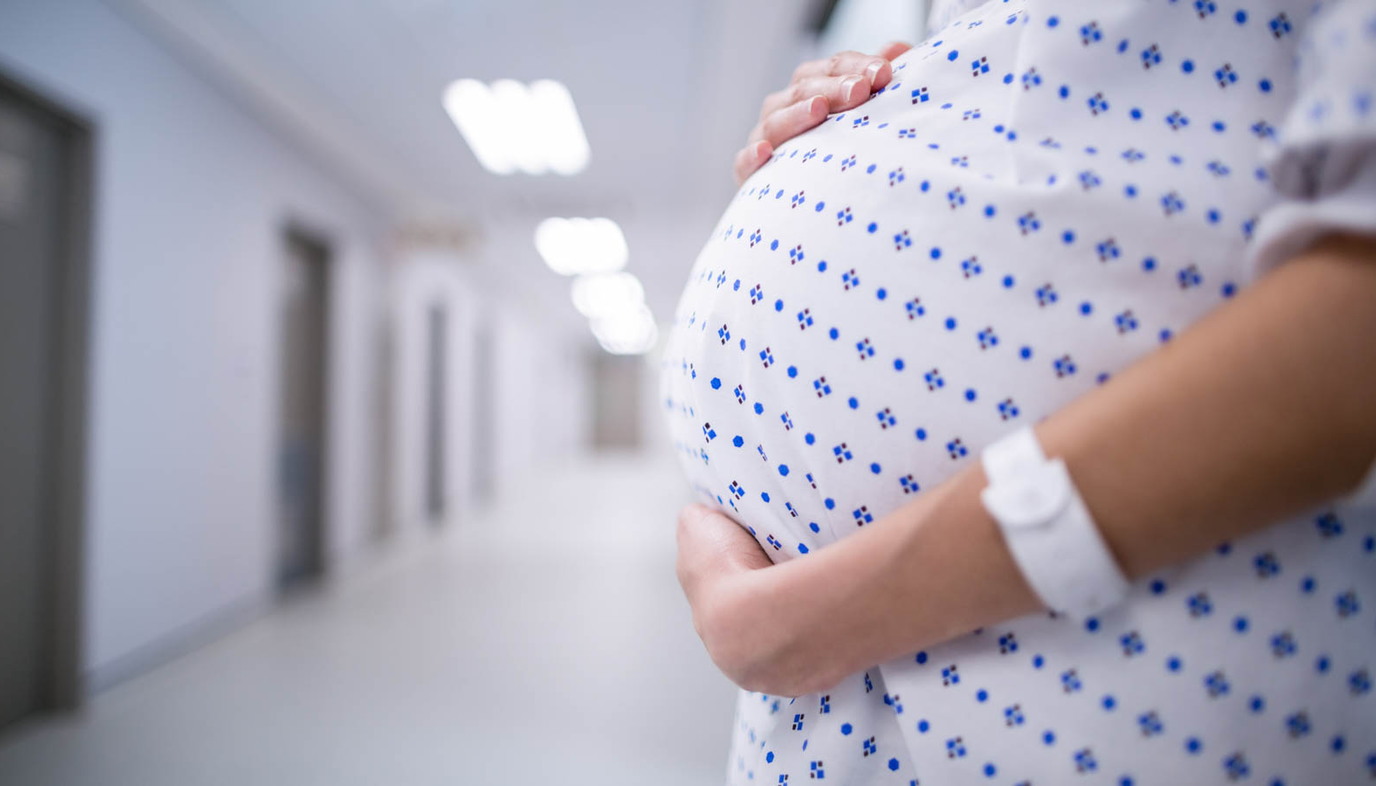 According to research done by the Department of Anesthesiology at the University of Colorado at Denver and Health Sciences Center, more and more women are taking advantage of modern technology and choosing to use analgesics and anesthesia for pain relief during childbirth. Only a small percentage of women, about 6-10%, are opting to have labor without pain medications and in fact, more than 50% of women giving birth in a hospital have an epidural. While many women are choosing epidural anesthesia as their form of pain relief, there are still many myths and misconceptions about epidurals.

Here Are 7 Myths About Epidurals

Myth 1: Having an Epidural Increases Your Chances of Needing a C-Section.

Women were once advised to hold off on getting an epidural early in labor, as this could result in labor stalling which, in turn, could lead to needing a caesarean birth. A widely publicized study by Dr. Cynthia Wong, an associate professor of anesthesiology at Northwestern University Feinberg School of Medicine, however, has disputed this long-believed myth about epidurals. The three-year study was conducted on 750 first time mothers who were given pain medication when they were less than 4 cm dilated. Half of the participants were given an analgesic pain killer and the other half were given an epidural. In the study, the percentage of women that had an epidural in early labor had a slightly lower c-section rate than the group that received pain killers. Not only was the c-section rate lower, but the length of labor was slightly lower in the epidural group. This study has taken some of the fear out of having an epidural and has reassured women that having an epidural during labor does not prolong labor or increase your chance of having a c-section. 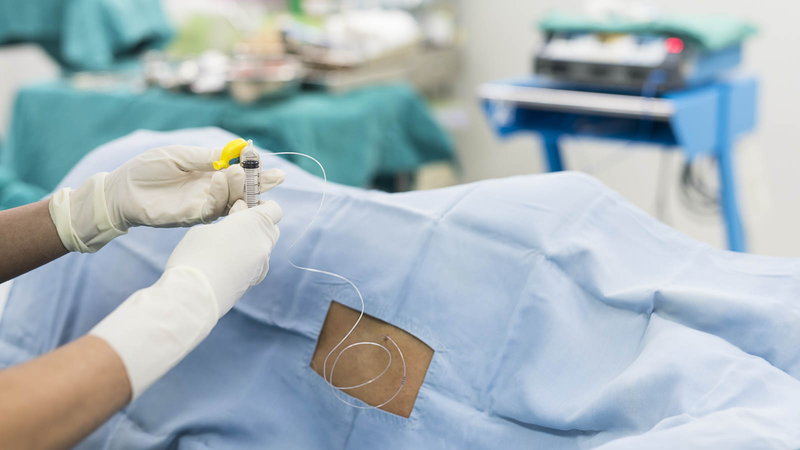 Myth 2: You Can’t Get an Epidural Until You Are at Least 4 cm Dilated.

Many women falsely believe that they have to wait until they are dilated to a certain number before they can ask for or receive an epideral. However, according to the American Society of Anesthesiologist’s current guidelines, “patients in early labor should be offered the option of receiving neuraxial analgesia (spinal or epidural) when the service is available, and it should not be withheld to meet arbitrary standards for cervical dilation.”

It would be nice to be able to say that epidurals always work but, as with any medical procedure, things do not always work the way they should. Occasionally with epidural anesthesia, the medicine does not get delivered properly into the epidural space or only some of the medicine gets delivered. When this happens, the patient may feel patchy or one-sided relief or she may not feel any pain relief at all. This only happens in a small percentage of patients, around 5 percent, and it can normally be corrected by the anesthesiologist (often without having to repeat the procedure).

Myth 4: You Won’t Know When to Push if You Have an Epidural.

There is some truth to this myth. You may not feel the urge to push if you have an epidural. However, there are several things that can be done to help you with pushing if you have an epidural. The second stage of labor begins when you get to ten cm dilated. As soon as you are dilated to ten, you can start pushing. There is some debate over when to push and whether you should wait until you have “an urge to push” to begin pushing. You may be advised to push as soon as you get to ten cm dilated, even if you don’t feel an urge to push, or your anesthesiologist may adjust your epidural so that you can feel the urge to push.

Myth 5: If You Wait Too Long, You Can’t Get an Epidural.

You may have been told that you have a certain time frame for getting an epidural, and if you don’t get one soon enough, you won’t be allowed to get one. If you are attempting to have a natural childbirth, but don’t want to completely rule out getting an epidural, you may want to be aware of this myth. You can have an epidural any time you want one, provided that this service is available. (Occasionally a woman is declined an epidural. However, this is generally not because she can’t have one but because an anesthesiologist is not available or able to get to the hospital fast enough to administer the epidural.) The main reason you might not want to wait until too close to delivery is not because you cannot get an epidural, but because getting one late in the game might not give the epidural enough time to work. Epidurals take about 10 to 20 minutes to take effect. If you wait until you are about to deliver, the pain relief might not start working in time for it to help you. 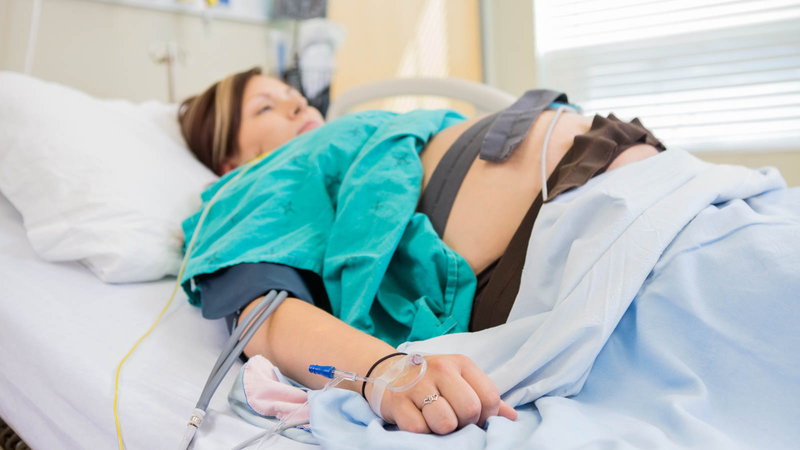 Myth 6: If You Have a Tattoo on Your Back You Can’t Get an Epidural.

Tattoos are becoming more commonplace and the lower back is one popular place to get a tattoo. There is some fear that somehow the ink from the tattoo would get carried from the needle into the epidural space and cause some type of dangerous complication. Although some anesthesiologists are hesitant to place an epidural through a tattooed area of skin, there is no evidence that this is dangerous. There is only a small amount of dye used in the tattoo process and once the tattoo has healed the dye basically just stains the skin. When the epidural is performed, skin and other contaminants are not carried with the needle into the epidural space. Now, if you have a tattoo that is not fully healed, this might be dangerous, but most pregnant women aren’t getting new tattoos at the end of their pregnancies. Your anesthesiologist may decide to look for another place to insert the epidural needle if you have a tattoo on your lower back in order to avoid potential scarring of your tattoo.

Myth 7: Epidurals Are Scarier Than Childbirth Itself.

Some women are very scared of needles and worry that getting an epidural will hurt more or be scarier than childbirth itself. While some women do find that the fear of needles is stronger than the pain of childbirth, most women find the procedure is not as bad as they expected. Before getting the epidural, the anesthesiologist will numb the area of skin where the needle is inserted. You may still feel a sting when the needle is inserted but this is a brief procedure and if you are having painful contractions you may not even notice when the needle is inserted. After having the epidural in place, it won’t take long for you to start feeling relief from your pain.