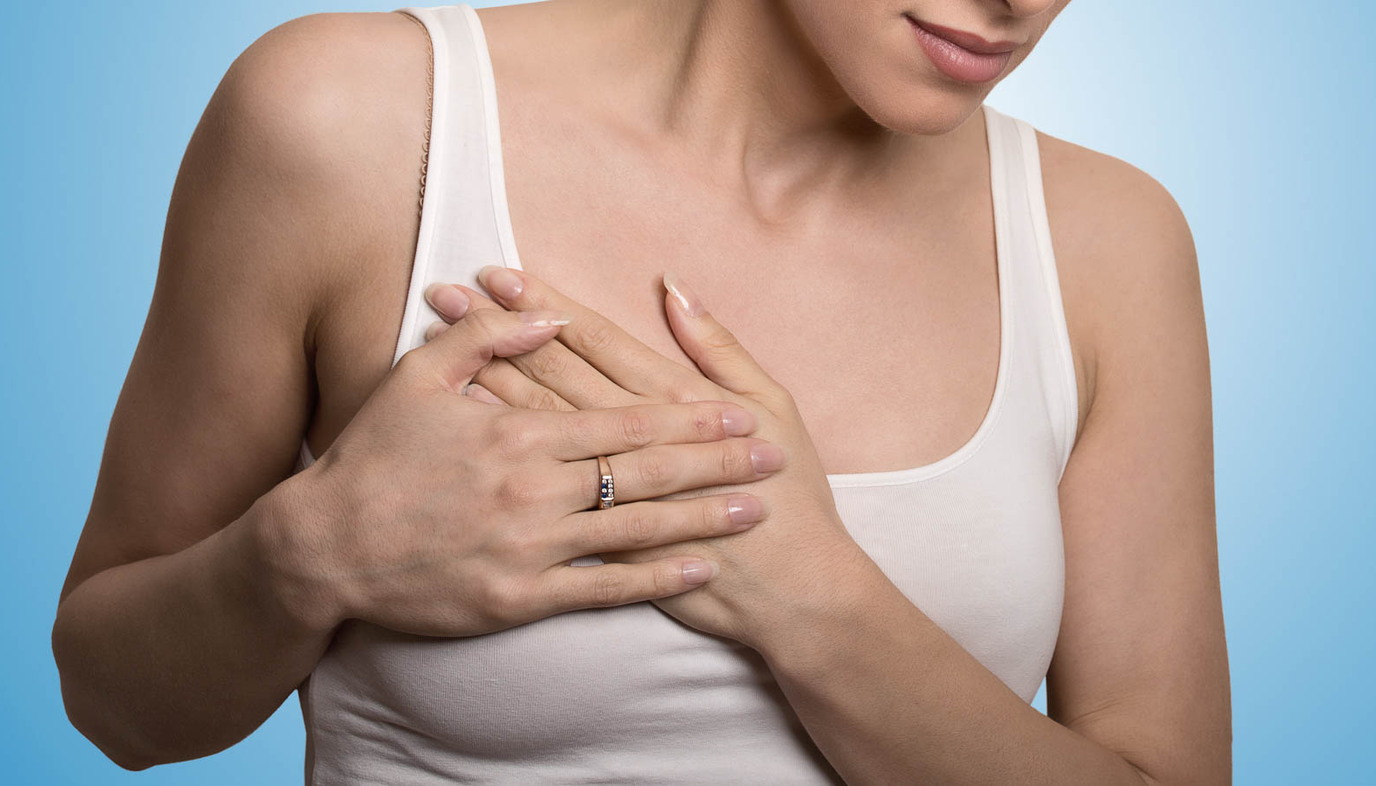 Mastitis is a bacterial infection of the breast which usually occurs in breastfeeding mothers. However, it can occur even in women who are not breastfeeding or pregnant, and can even occur in small babies. Nobody knows exactly why some women get mastitis and others do not. Bacteria may gain access to the breast through a crack or sore in the nipple, but women without sore nipples also get mastitis.

Mastitis needs to be differentiated from a plugged or blocked duct, because the latter does not need to be treated with antibiotics, whereas mastitis often, but not always, does require treatment with antibiotics. A plugged duct presents as a painful, swollen, firm mass in the breast, often with overlying reddening of the skin, similar to mastitis, though not usually as intense. Mastitis, though, is usually associated with fever and more intense pain and redness of the breast. As you can imagine, it is not always easy to differentiate a mild mastitis from a severe blocked duct. A blocked duct can also lead to mastitis.

As with almost all breastfeeding problems, a poor latch, and thus, poor draining of the breast sets up the situation where mastitis can occur. 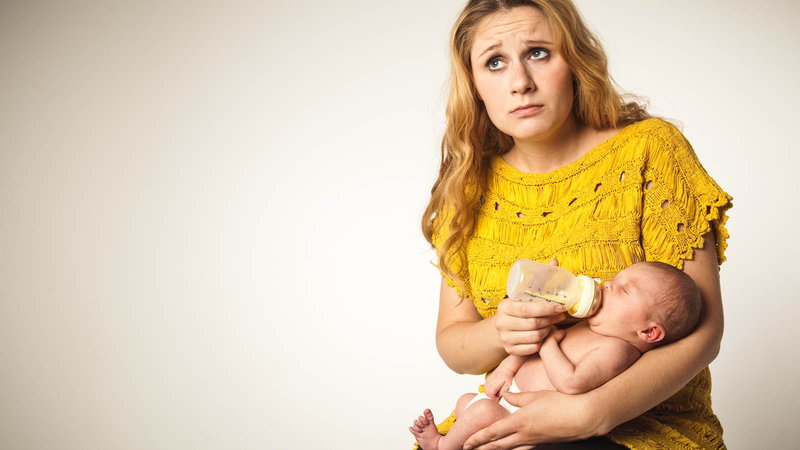 Blocked ducts will almost always resolve spontaneously within 24 to 48 hours after onset. During the time the block is present, the baby may be fussy when nursing on that side, as milk flow may be slower than usual. Blocked ducts can be made to resolve more quickly by continuing breastfeeding on the affected side and draining the affected area better. One way of doing this is to position the baby so his chin "points" to the area of hardness. Thus, if the blocked duct is in the outside, lower area of your breast (about 4 o'clock), the football position would be best. Using breast compression while the baby is feeding also helps, as well as heat on the affected area (hot water bottle).

Sometimes a blocked duct is associated with a small blister on the end of the nipple. If you have this, you can open the blister with a sterile needle and squeezing out the toothpaste-like material in the duct (not always possible). This gives relief of nipple pain and may result in the blocked duct immediately resolving. Go to a clinic or doctor if you cannot open the blister yourself. If a blocked duct has not settled within 48 hours, therapeutic ultrasound often works. This can be arranged at a neighborhood physiotherapy office or sports medicine clinic. Many ultrasound therapists are not aware of this use of ultrasound. The dose of ultrasound is:

2 watts/cm2, continuous, for five minutes to the affected area, once daily for up to two doses.

If two treatments on two days do not work, there is no point in continuing with ultrasound. Get the blocked duct evaluated at the clinic or by your physician. Usually, however, if ultrasound is going to work, one treatment does the trick. Ultrasound also seems to prevent recurrent blocked ducts, which always occur in the same place. Lecithin, one capsule (1200 mg) three or four times a day also seems to help prevent recurrent blocked ducts, at least for some mothers.

Once improvement begins, on or off antibiotics, it should continue. If you get worse, or symptoms do not continue to improve over 24 or 48 hours, call a clinic or doctor. 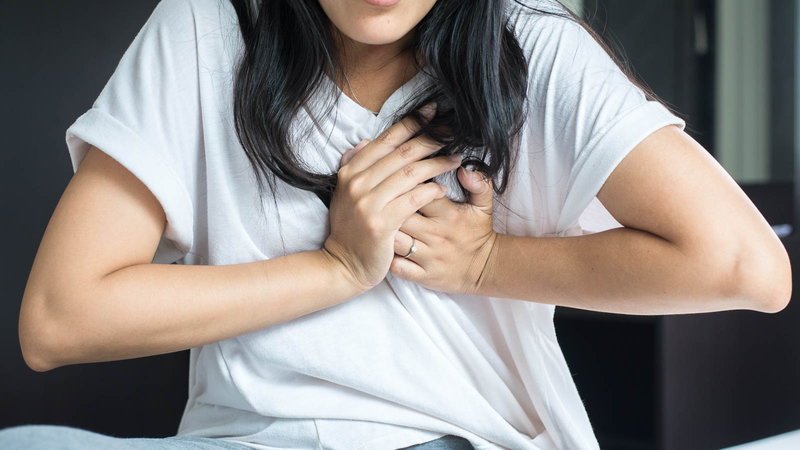 Continue breastfeeding, unless it is just too painful to do so. If you cannot continue breastfeeding, express your milk as best you can in the meantime, and restart breastfeeding as soon as you can. Continuing breastfeeding helps mastitis to resolve more rapidly. There is no danger to the baby. Heat (hot water bottle) applied to the affected area, as well as rest and the fever, all help fight off the infection. Treat fever if you feel bad, not just because you have it. Take acetaminophen, ibuprofen, or other medication for pain as you need it. You will feel better and there is no danger to the baby, who gets only a tiny amount. Note: Amoxycillin, plain penicillin and other antibiotics are often ineffective for mastitis. If you need an antibiotic, you need one which is effective against Staphylococcus aureus. Effective for this bug are: cephalexin, cefaclor, cloxacillin, flucloxacillin, amoxycillin-clavulinic acid, clindamycin and ciprofloxacin. The last two are effective for mothers allergic to penicillin. You can and should continue breastfeeding with all these medications.

A Note on Abscesses

Abscesses occasionally complicate mastitis. You do not have to stop breastfeeding, not even on the affected side. Usually, the abscess needs to be drained surgically, but you should continue breastfeeding. As usual, contact your physician for further direction.

Jack Newman, MD, FRCPC is a pediatrician, a graduate of the University of Toronto medical school. He started the first hospital-based breastfeeding clinic in Canada in 1984. He has been a consultant with UNICEF for the Baby Friendly Hospital Initiative in Africa. Dr. Newman has practiced as a physician in Canada, New Zealand, and South Africa.

This article may be copied and distributed without further permission.