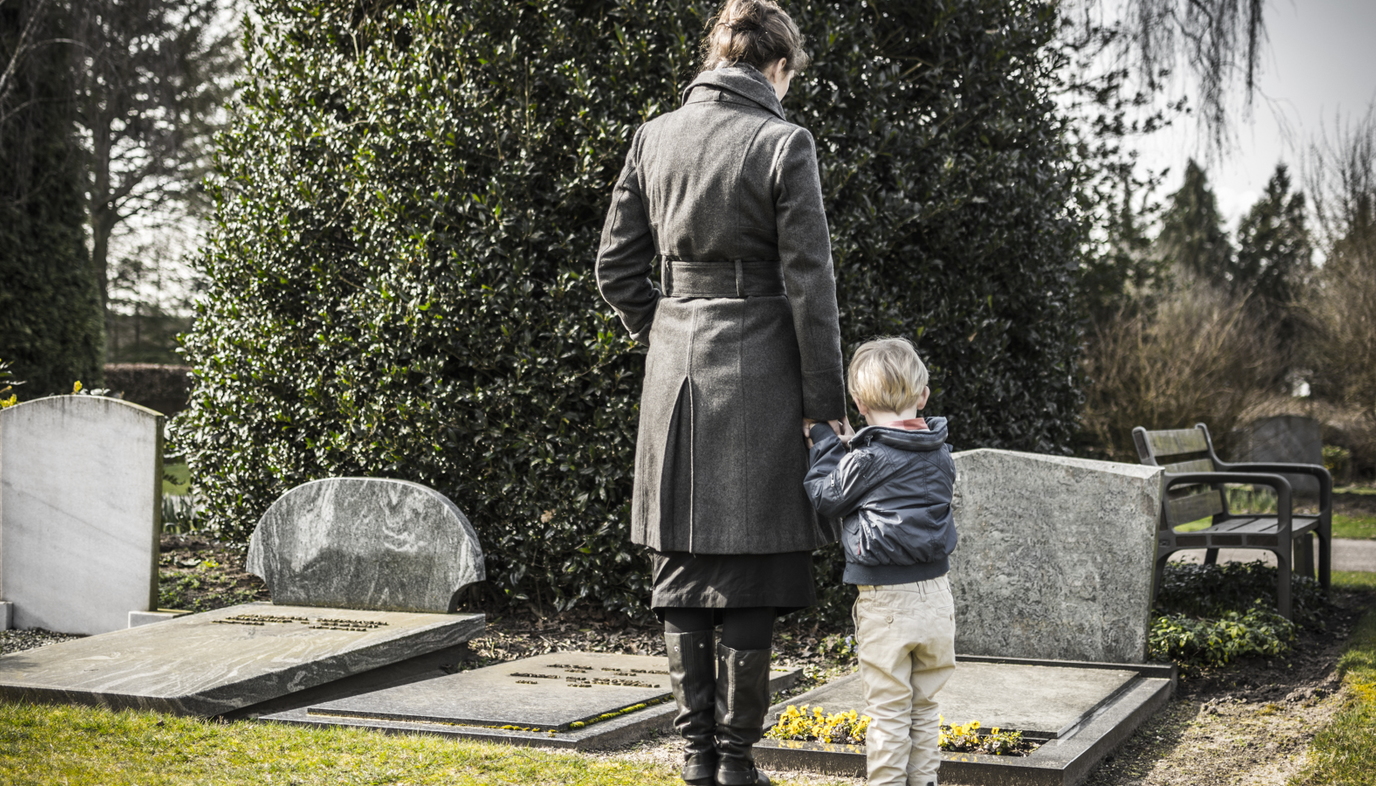 Because children grieve differently from adults, they may appear not to be mourning at all. One adult client confessed her long-held guilt that as a child, the day her sister died, she went to a neighbor's house to play. This woman has been mourning her sister's death for thirty years. With help, she recalled how bad she felt about her sister's death, even though she chose to play. Children often resume play even while hurting inside. They need more physical activity to release their strong emotions. Having a shorter attention span, they also require frequent respite from their grief and will often alternate short periods of mourning with pursuing other interests. Children's reactions to death are also influenced by their concept of its finality, an understanding that progresses as they pass through successive developmental stages.

Coping With Tragedy; Educating a Child

In the early years, supposing death reversible, children believe a brother or sister will return and are not likely to be devastated. They attribute the imagined return of life to the good effects of ambulances, hospitals, or doctors who will magically revive the deceased. In the middle years, most children recognize that death is permanent, but some, even at age nine or ten, still believe the deceased will return. We can already see that there is no set age for each developmental stage of a child's understanding. When asked, "What will happen when you die?" one nine-year-old said that his mother, father, and grandfather would help him come back alive. Another eight-year-old replied, "You go to heaven and all that will be left of you will be a skeleton. My friend has some fossils of people. A fossil is just a skeleton." A ten-year-old responded, "I think I'm going to be reincarnated as a plant or animal, whatever they need at that particular time." 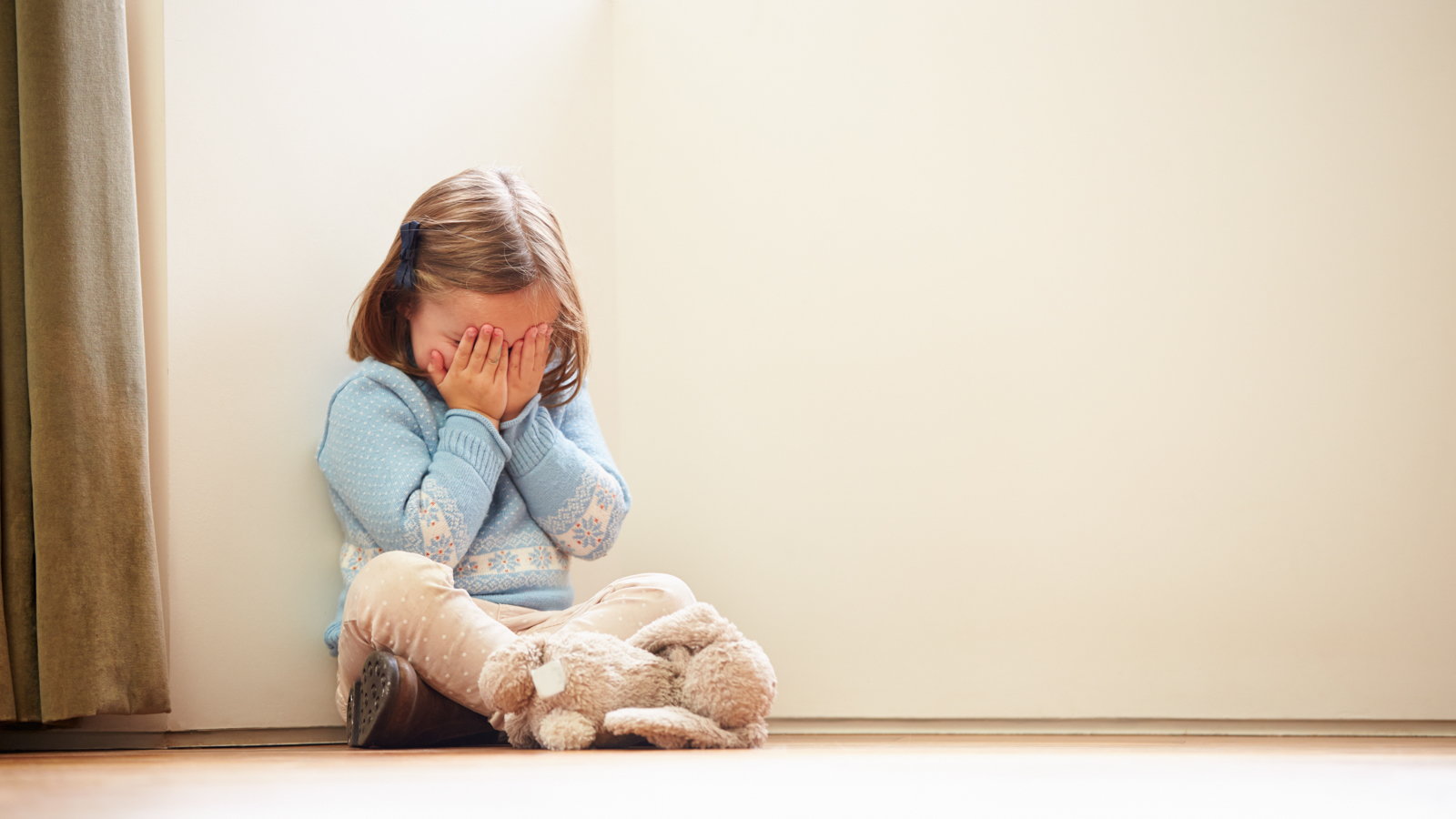 Although children often provide concrete answers when asked what will happen at death, answers suggesting finality, they also manifest an intuitive sense that growth of some kind can continue after death -- just as the drawings of dying children in Rhoda Kellog's work show a sense of life's wholeness. A child who hears the story of "Little Red Riding Hood," for example, understands that when the little one was swallowed by the wolf she really "died." Yet she also understands that Little Red Riding Hood comes to life again (springs from the belly of the wolf). The theme of life's transformations is the message of many fairy tales, and it also seems that children have an archetypal knowledge of the life cycle of death and rebirth, just like adults. Fairy tales portray transformation concretely -- a frog actually turns into a prince, for example, only because children have not yet learned to think in abstract terms.

Children also know intuitively what they need in order to heal themselves after a loss, but they cannot heal alone. First, they must be freed from carrying too much concern for their grieving parents. Children are so attuned to the unspoken moods and feelings of their parents' sadness that they may try to protect them by not showing their own. The most important aid in a child's grief process is a safe environment where she can express her thoughts and feelings. Paradoxically, by not hiding her own grief, a mother can begin to provide that safe environment. If a child feels safe, she will begin to create a story about her relationship with her sibling and her own thoughts and feelings about death. Mothers can help each child understand her personal experience by encouraging her to talk about what she misses most and what she would have liked to have been different. Here again, the story will not be told in one sitting. Though very difficult, it is important that a mother be available whenever her child is ready to talk. By sharing her own experiences then and asking open-ended questions, both at a time when a child is ready to share, a mother creates a continuation of the family story with her child.

To help a child comprehend what may happen when a person dies, we can also offer new dimensions in imagination through fairy tales, artwork, and religious stories, thus lessening the fear of death and also giving more meaning to life. Children are particularly drawn to fairy tales because authentic folklore stories enhance imagination, alleviate anxieties, clarify emotions, and suggest solutions to problems. They enrich a child's life because they start where she really is in her psychological and emotional being. A child comes to grips with a problem in simple form: everything is either black or white, for that is how her mind works. Fairy tales echo this clarity but present more than the sunny side of life. They accomplish their inclusiveness by taking seriously our need to be loved, our fear of being worthless, and our fear of death, and they teach the child that struggle against severe difficulties is an unavoidable part of human existence. Like their mothers, children need to develop an imaginative life for the deceased to inhabit. The thought of her child's death is too horrific for a mother unless she is able to move into an imaginative realm where she can find a safe place for her child to be. There, she slowly develops and nurtures an inner relationship. A surviving child also carries the experience of her sibling's death throughout her life, and she too needs an inner image of continuation. By encouraging a child to draw pictures of her family, a little one may find a place in her drawing for her missing sibling. 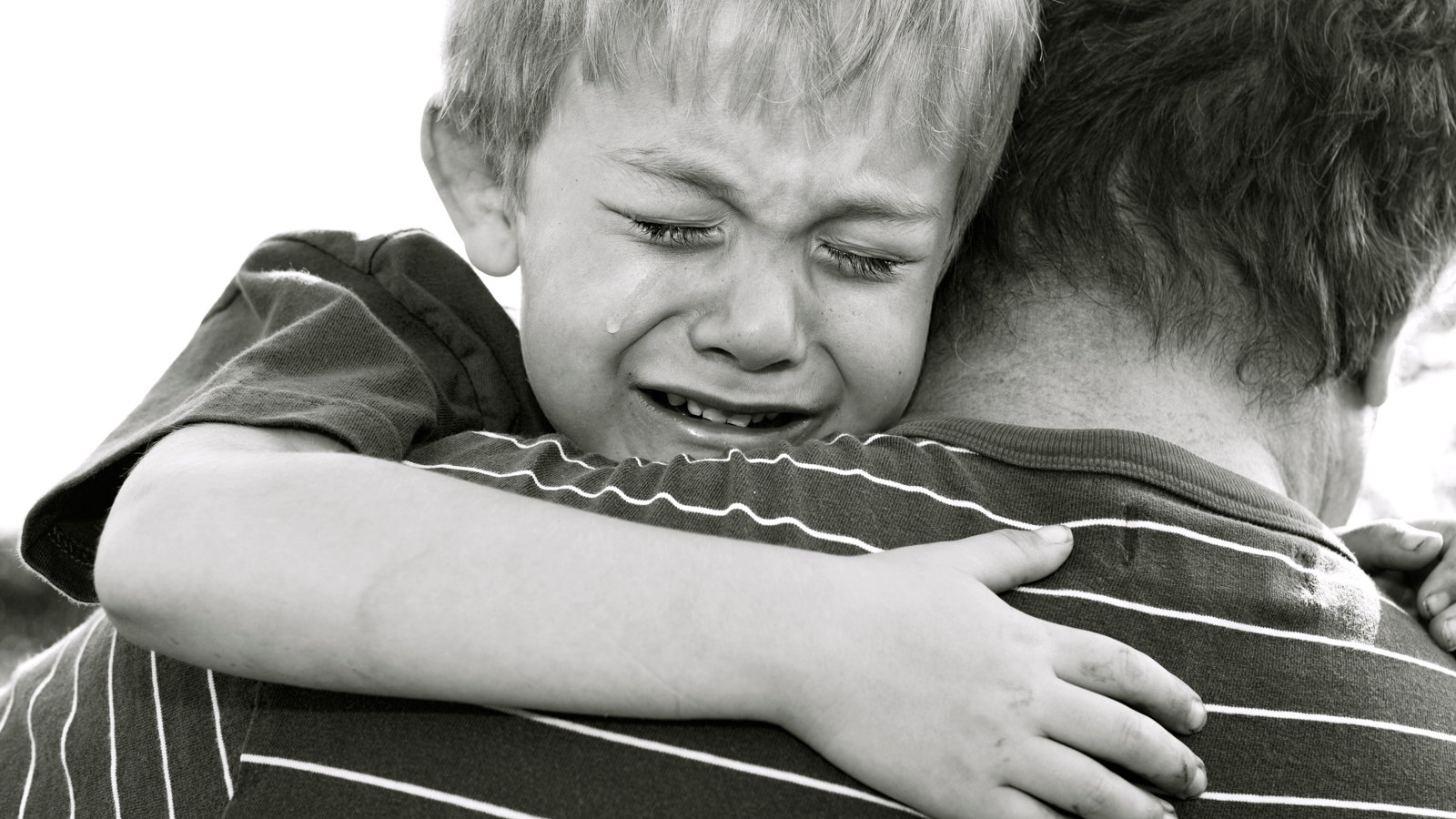 She may also find comfort in writing letters or poetry to the deceased. Six-year-old Maggie found great comfort, and relief from her fears, by painting pictures and writing poetry. She wrote the following poem on Halloween, honoring her three-year-old brother who drowned in a swimming pool.

About my brother, he was the best I haven't any scissors

But I have a spare of love to give him another heart.

I haven't any glue either,

But for Halloween, I'm going to be a Cat Woman

I've already got my costume I think he would like it.

When I call him, it makes me want to scream

I LOVE YOU, CHIP!

You are on my TV screen in my heart

But my heart has a little feeling,

A sad one, it's true I won't sell it for some money,

I won't sell it for love.

I won't sell it for anything

By encouraging drawing, questions, storytelling, and writing about the deceased, a mother can also identify some negative thoughts that may be plaguing her child.

Children often believe in magical thinking, that just thinking something can make it happen. Because they sometimes harbored aggressive fantasies in the past, they may even think the sibling's death their fault. Simply hearing once and for all this is not the case will not convince them otherwise, but careful listening combined with thoughtful questions and comments about one's own concept of the cause of death may alleviate their sense of guilt. Sometimes anxiety will cause a child to repeat the same questions over and over again. Nevertheless, mothers should answer all questions truthfully and succinctly, in language the child understands.

A child needs encouragement to talk about the actual day of death even if she often repeats questions like, "Where was I that day?" "How did I hear about the death?" "What did I do next?" "What was it like at the funeral?" "Where is my sister now?" Surviving children also need continued reassurance, even if they show little outward emotion. There is almost always a heightened fear of being separated from their parents. Because humans cannot survive without a nurturing other, our archetypal fear of abandonment is present from birth.

After the death of a sibling, abandonment fear arises, not only from missing the deceased but also because parents are often emotionally unavailable. School phobias, nightmares, bed wetting, and psychosomatic ills are symptoms of this fear which is often called separation anxiety. Because all children feel vulnerable, those who have been taught there is a loving and heavenly Father are more likely to feel protected even in times when parents fail them. Conversely, however, when a child dies, her siblings strive to answer the same questions as the parents about God's power and love.

Charlotte M. Mathes, LCSW, Ph.D., is a certified Jungian analyst, a graduate of the C.G. Jung Institute in Zurich, Switzerland. She received her doctoral degree in psychoanalysis from the Union Graduate School in Cincinnati and is a clinical member of the American Association of Marriage and Family Counselors as well as a board certified supervisor for clinical social workers. Dr. Mathes has been in private practice in New Orleans for twenty years. She lectures and leads seminars in Jungian psychology, family therapy, and bereavement.