Are You a Mom Who Hoards? 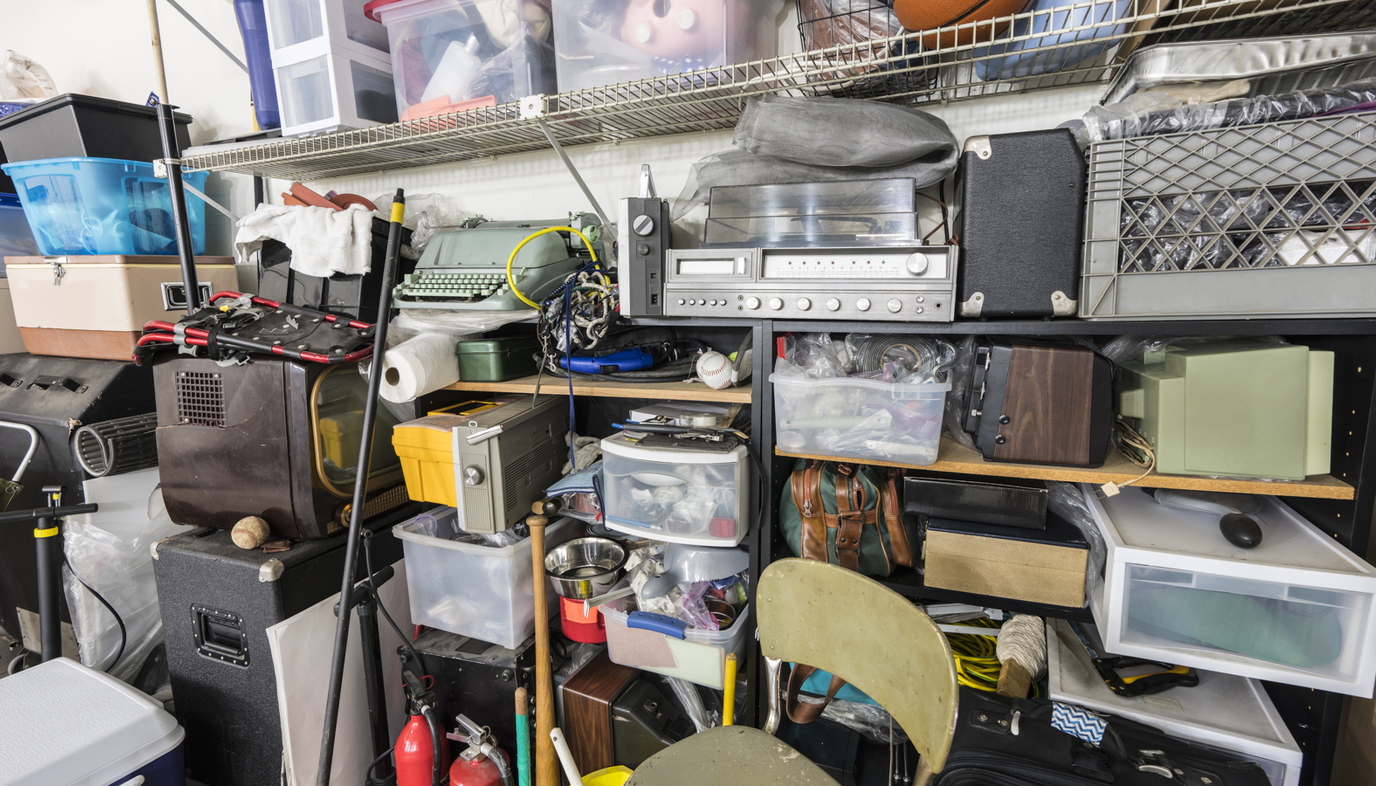 At first glance, Teri doesn’t look like a hoarder. She’s a 47-year-old registered nurse who dresses well and adores her two children, 12 and 8.

But the new season of A&E’s hit series, “Hoarders” (premiering Monday at 9 p.m.), exposes Teri’s secret compulsion to the world – piles of children’s clothing, toys, and books that stretch to the ceiling in her living room. A kitchen buried under bags and used cat litter. And cartons of three-year-old milk in the refrigerator. “I’m not a hoarder,” she tells the cameras. “We’re just messy.”

In fact, Teri is one of the millions of people who suffer from a compulsive mental condition known as hoarding, which causes them to buy or collect items to such an extent that some are literally buried alive by their belongings.

“It’s acquiring to the degree that you can’t use things for what they’re intended,” explains Dr. Robin Zasio, a Licensed Clinical Psychologist and Social Worker specializing in anxiety, who counsels Teri in the show’s premiere episode. “For instance, you’re sleeping in a recliner because your bed is covered with papers.” 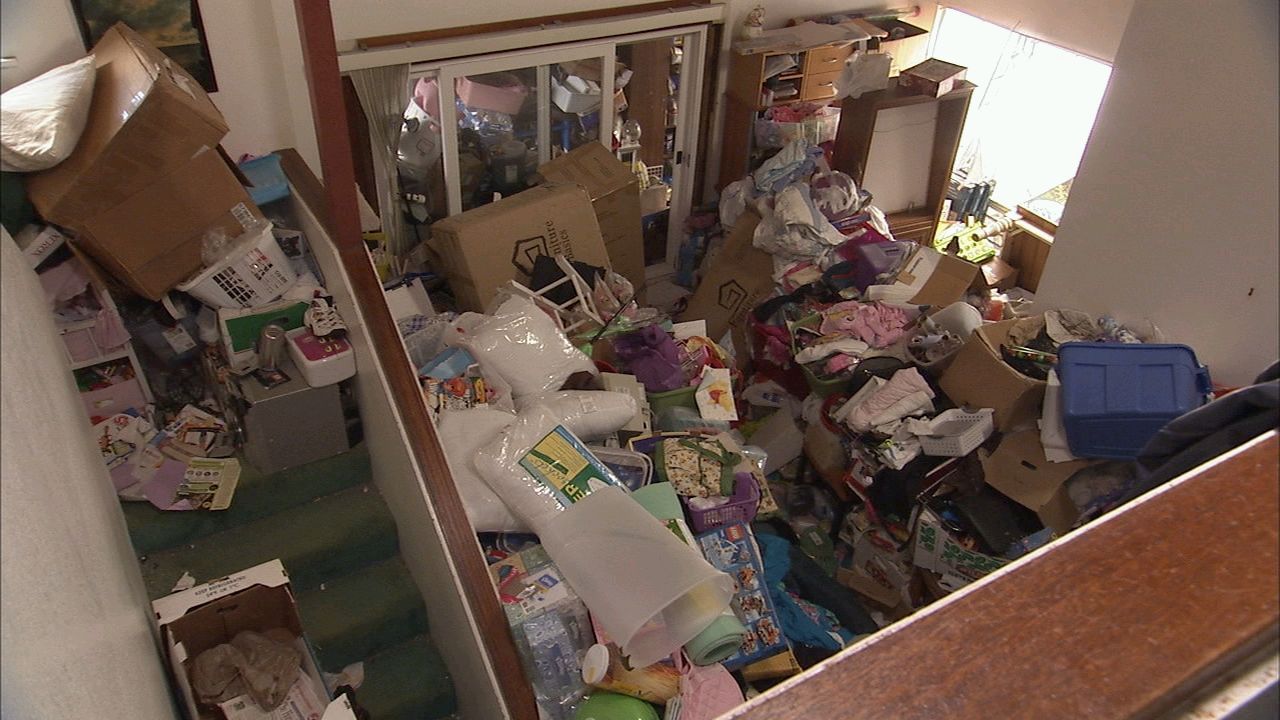 When Zasio arrives at Teri’s home, she is so alarmed by the chaos and debris that she calls the local Child Protective Services hotline. “What made this case reportable was that by law the children were in a neglectful environment. You could not eat off the countertops. The beds were covered and they were sleeping on the floor with opposite-sex parents in the center of rooms. They did not have access to food or to their clothing.”

Ultimately, Teri and her husband, Kerry, agree to work with Robin and a team of professional organizers to clear away the clutter. But their story is not as outlandish as you might think. “In Teri’s case, she had compulsive shopping issues and she couldn’t stop it,” Zasio says. “In reality, there’s probably not one person in the world that hasn’t had this cognitive distortion, like, ‘Wow, this feels like such a good deal, it’s two for one, I can’t pass it up.’ Plenty of us have problems passing up a good deal and that leads to clutter. But then it gets to a certain level where they walk in and go, ‘Oh my God, I don’t know how to deal with this.’”

So what’s the difference between a busy mom who simply hasn’t had time to clean and a hoarder? Professional organizer Geralin Thomas, who works with clients in the Raleigh-Durham area of North Carolina and also appears on A&E’s “Hoarders,” says there are many clues to help spot whether someone has a hoarding issue. “The hoarding mom will always be late for school activities, there's no grocery list, and the coupons are expired. Then you have the childcare stuff -- the papers don’t get signed and go back to school, most hoarders don't have a good schedule for shopping. They buy duplicates and triplicate of the same item. They might have 16 bottles of ketchup in the fridge and all of them are rotten or expired. Or they'll just sit food in the middle of the coffee table or the bathroom. Things don't really get into the place where they need to be.”

Hoarders may seem inhospitable because they rarely if ever invite children’s friends, neighbors, or even babysitters into their homes. Yet Thomas and Zasio both stress that hoarding is not an indication of how caring, clean or attentive a parent is. “Compulsive hoarding doesn't discriminate,” Zasio says. “You've got people who are doing just fine in their work and can have relationships, but they just hoard. “A lot of hoarders have perfectionism,” she continues. “They think of themselves as a collector and want to have every piece of that collection.” Hoarders have great intentions, adds Thomas. “They buy gifts but they never get those gifts out.” She also says that, “I find that hoarders love to hold onto things that feel good or look pretty,” such as a client who had amassed an enormous collection of Tiffany shopping bags and wanted to create a “Tiffany-themed guest room out of them.” Instead, the bags languished in a pile until the family’s cat found and soiled them.

Zasio says that a genuine hoarder needs treatment from a licensed therapist, preferably someone who specializes in cognitive-behavioral therapy. “This is a mental health condition,” she says. “They're scared. They think, ‘What if I give this up and I can't get it back? What if I need this? What if I can't tolerate the anxiety?’ What we do is try to have them categorize items, clothing, turtle keepsakes, whatever, and ask, if you had to go through this area, what would your anxiety be? Then we try to find the category that causes the least anxiety and help them decide what to keep and get rid of.”

Therapy and clean-up for hoarders can take anywhere from six months to a year, Zasio says, and no amount of threatening, surprise-cleaning, or badgering will help the situation.

• Make an agreement with your spouse or family that over the next 30 days that you won't bring anything new into the house unless it’s food for the family.

• When cleaning, picture the room as if it were divided by the numbers on a clock. Start at the top and clear each section in 5 or 15-minute increments, then move onto the next.

• Each day, get a box, pick a different theme like clothes hangers or coffee mugs and try to collect as many of those items from around the house as you can. Then clean them and either put them away or box them up for donation.

• When cleaning out you or your child’s closet, ask yourself, “If I were going shopping today, would I put this on my shopping list?” If the answer is no, get rid of it.

• When going through old clothes, ask yourself, “Does this represent the person I am today?” Or invite a friend over and ask them, “If I walked in wearing this, what would you say?” If they say, “I’d think you’re a nut!” Get rid of the item.

For more information on hoarding, visit The OC Foundation’s Hoarding Website at: www.ocfoundation.org/hoarding. For air times for A&E’s “Hoarders,” visit www.aetv.com/hoarders. Geralin Thomas’s organizing site can be found at http://metropolitanorganizing.com/.