Superheroes, vampires, ogres and cuddly critters are all vying for your kids’ attention at the movieplex this summer. But which are the real deal and which aren’t worth the Happy Meal? Here’s a look at 15 family flicks and their MPAA ratings, where available:

IRON MAN 2 (May 7) With enough rock-’em, sock-’em, flying showdowns to have the little ones levitating out of their seats, “Iron Man”’s Tony Stark returns in this new action-packed adventure. Now that he’s got the kinks worked out of his super suit, tycoon Tony (Robert Downey Jr.) prepares to do battle against new villain Whiplash (Mickey Rourke), who wields toxic shocks like whips, fiendish mastermind Justin Hammer (Sam Rockwell) and an army of faceless, armor-wearing clones. Luckily, he’s got allies in Rhodey (Don Cheadle), gal pal Pepper Potts (Gwyneth Paltrow) and new recruit Scarlett Johansson, as the mysterious, shape-shifting Black Widow. Rated: PG-13 (for sequences of intense action violence and some language)

SHREK FOREVER AFTER (May 21 in 3D and IMAX) What if Shrek never existed? In his fourth adventure, the gentle green giant is having a mid-life crisis of sorts, and in a fit of melancholy signs a magical deal with the dastardly Rumplestiltskin. Suddenly, he’s transported to a Far Far Away quite different from the one he knows. There, his beloved Fiona (Cameron Diaz) tries to behead him, and Puss N Boots has retired and become a fat, lazy housecat. Rated: PG (for mild action, some rude humor and brief language)

PRINCE OF PERSIA: THE SANDS OF TIME (May 28) With nods to “The Mummy” and “The Lord of the Rings,” this medieval fantasy stars Jake Gyllenhaal as the star of the popular videogame franchise, Prince Dastan. Leaping from medieval rooftop to rooftop, Dastan tries to keep a magical dagger that controls the Sands of Time, an ancient time-traveling device, away from an evil ruler and his band of black-clad assassins. Rated: PG-13 (for intense sequences of violence and action) 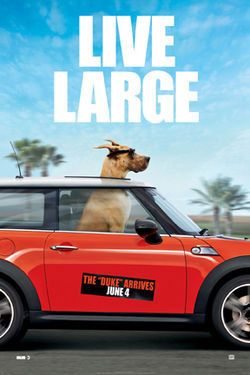 MARMADUKE (June 4) He may not pass obedience school, but the beloved comic strip pooch graduates to the big screen in this live-action romp. Owen Wilson voices the beloved accident-prone Great Dane along with Fergie, George Lopez, Kiefer Sutherland and more stars as his amusing four-legged friends. Rated: PG (for some rude humor and language)

THE KARATE KID (June 11) This brand-new imagining of the classic 1984 coming-of-age tale stars Will Smith’s youngest son, Jaden, as the scrawny underdog pestered by bullies, and martial arts star Jackie Chan as his peace-preaching karate teacher, Mr. Miyagi. “Put the jacket on, take the jacket off” has replaced the original’s classic “wax-on, wax-off” exercise, and the action now takes place in the far-flung realm of China. Rated: PG (for bullying, martial arts action violence and some mild language)

TOY STORY 3 (June 18, 3D and IMAX): Even though CGI has evolved into epic space battles and Iron Men, the simple adventures of animated toys Woody and Jessie, Buzz Lightyear, the Potato Heads and Rex the T-Rex, still promise to delight in ‘Toy Story 3,’ opening in 3D. It’s been 10 years since the Pixar gang’s last outing and, in a bittersweet turn, Woody’s boy-owner Andy is now headed to college. As a result, the gang find themselves dodging terrors like the trash heap, and making new playroom friends, like Ken Doll and Lots-‘O-Huggin’ Bear, at Sunnyside Daycare. (Not Yet Rated)

THE TWILIGHT SAGA: ECLIPSE (June 30) If you have a pre-teen girl in the house (or are one at heart) then you already know all about this third chapter in the vamp hottie series -- but indulge me, anyhow. As if Bella (Kristen Stewart) didn’t have enough troubles, Seattle is being rocked by a series of killings and the ruthless Victoria (now played by Bryce Dallas Howard) is on the prowl. Graduation looms, but our conflicted heroine is still torn between hunky wolf-boy Jacob (Taylor Lautner) and dreamy Edward (Robert Pattinson). Whom, oh whom, will she choose? (Not Yet Rated)

THE LAST AIRBENDER (July 2) Nickelodeon’s animated series gets a full live-action makeover from suspense director M. Night Shymalan (“The Sixth Sense”) in this epic fantasy. Set in a magical world where four nations ruled by Air, Water, Earth, Fire battle for domination, 10-year-old Aang (Noah Ringer), a prophesied “air bender” with martial arts training and supernatural powers, must master his talents so he can bring peace to the universe. (Not Yet Rated)

THE SORCERER’S APPRENTICE (July 16) In a far cry from Mickey Mouse and his enchanted broomstick, this modern update of the magical tale stars Nicolas Cage as a Manhattan-based wizard with dragons, futuristic automobiles and enchanted weapons at his command. To fight his arch nemesis (Alfred Molina), he recruits bumbling physics student Jay Baruchel (“How to Train Your Dragon”) and trains him in the dark arts. A sure thing for “Harry Potter” fans in need of a summer fix. (Not Yet Rated) 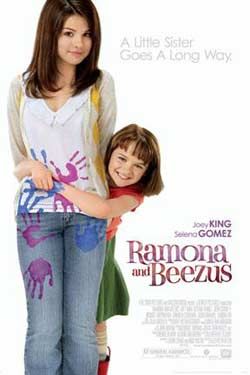 RAMONA AND BEEZUS (July 23) The gentle, small-town hijinks of the Quimby sisters spring to life in this big-screen adaptation of the beloved Beverly Cleary books. Disney Channel starlet Selena Gomez (“The Wizards of Waverly Place”) tackles the role of 10-year-old big sis Beezus, short for Beatrice, while Joey King is Ramona, the mischief-making sibling whose wild imagination and knack for trouble keep their parents (John Corbett and Bridget Moynahan) and teacher (Sandra Oh) on their toes. Rated: (G)

CATS & DOGS: THE REVENGE OF KITTY GALORE (July 30, 3D) Nine years ago, “Cats & Dogs” introduced moviegoers to the fluffy but fiendish Mr. Tinkles and his secret high-tech war against canines. The sequel takes things further by unveiling a new villain – rogue agent Kitty Galore (voiced by Bette Midler) – who commands a dizzying array of James Bond-like weaponry. Expect a doggie-bag full of CGI effects as the cats and dogs join forces to take her down. (Not Yet Rated)

STEP-UP 3D (August 6) The street-dance series that’s not afraid to ask, “How fast can you make your booty shake?” gets a boost from water-filled dance floors and electrified, light-up costumes in this third installment, which introduces a new group of underground pop ‘n’ lockers and includes an all-or-nothing, world-champion dance-off. Plus, it’s in 3D, yo! (Not Yet Rated)

SCOTT PILGRIM VS. THE WORLD (August 13) Baby-faced Michael Cera (“Juno”) plays slacker Scott Pilgrim, a meek guitarist who meets the punk-rock girl of his dreams, but can only win her heart by defeating her seven, super-powerful ex-boyfriends. In typical comic-book, stop-motion style, he then does battle with each of them, from skateboarders to vegan rock stars. Rated: PG-13 (for stylized violence, sexual content, language and drug references)