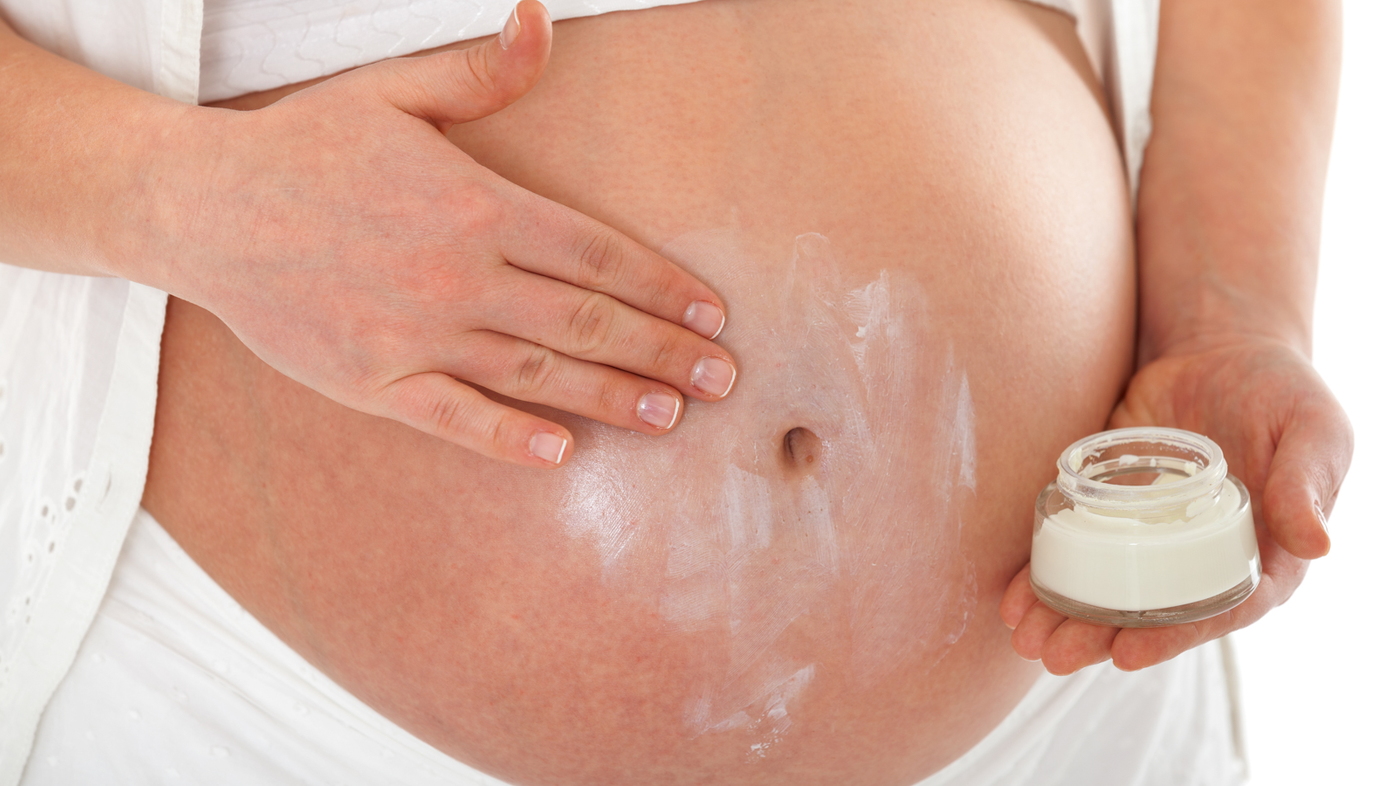 PUPPP is a rash that can show up during the last trimester of pregnancy. It stands for Pruritic Urticarial Papules and Plaques of Pregnancy, hence the acronym. PUPPP is estimated to affect about one out of every 160 to 240 women. Doctors don't know exactly what causes it, but it presents as a rash on your stomach and then spreads from there. It's as if you develop an allergic reaction to your stretch marks. PUPPP itches like crazy, and if that's not bad enough, there's no real cure for it. It doesn't go away until after you deliver the baby. 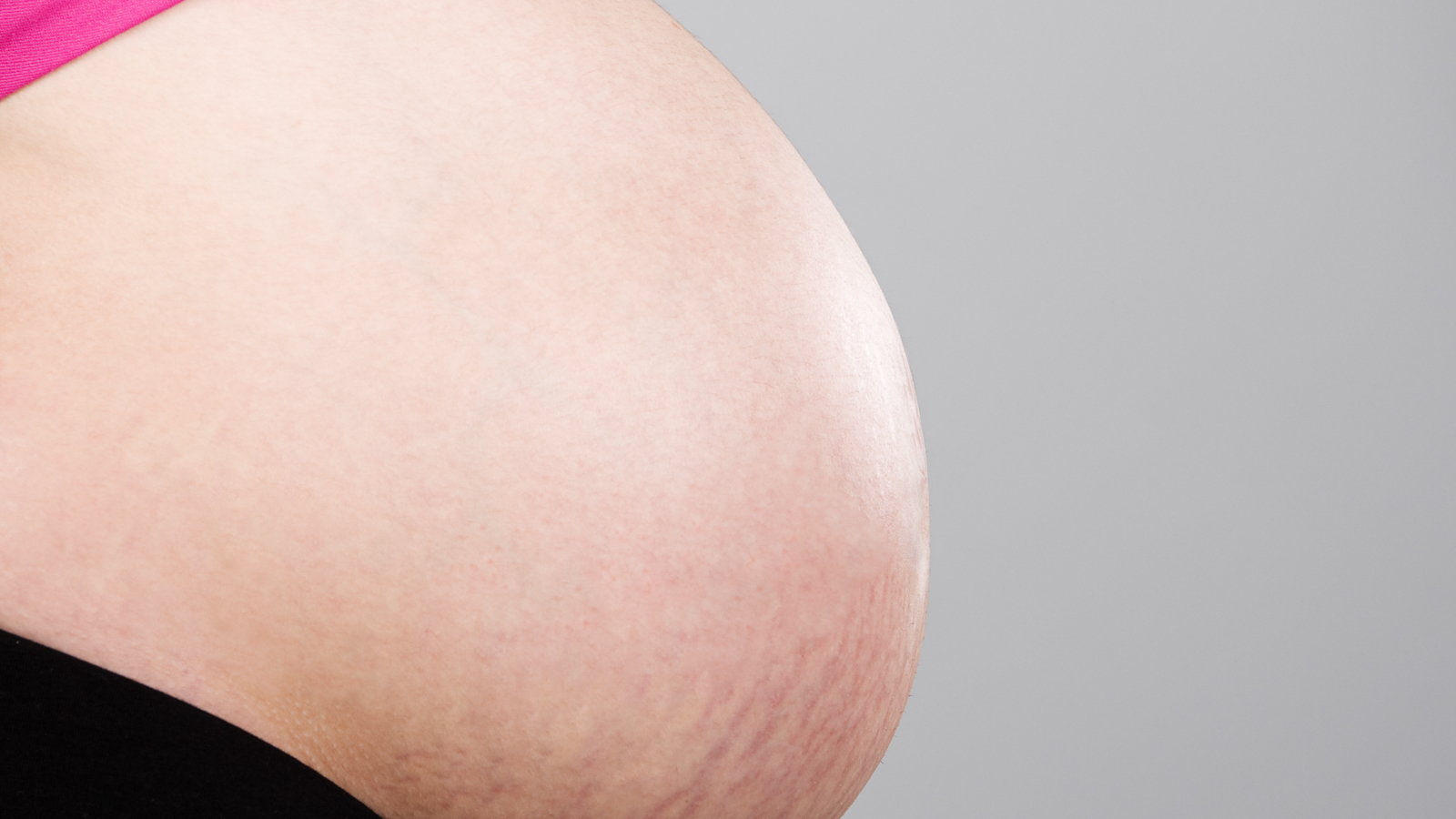 There are some theories as to what causes the PUPPP rash. Doctors think it's related to the stretching of the skin on the tummy since that's where symptoms always show up first. It most commonly affects women during their first pregnancy, when their abdomen hasn't gone through this type of stretching before. Certain types of pregnancies are more likely to develop PUPPP than others. Women who gain more weight than average seem to be more predisposed to it. Babies that are heavier than usual are another indicator, and women who are carrying twins tend to stretch their skin a little more as well.

Another theory suggests that PUPPP is caused by low levels of fetal cells entering the mother's circulatory system. These cells show up in greater frequency in women who have PUPPP, and sometimes continue after delivery. These are both just theories at this point, though, and doctors are still trying to figure out exactly what causes it. 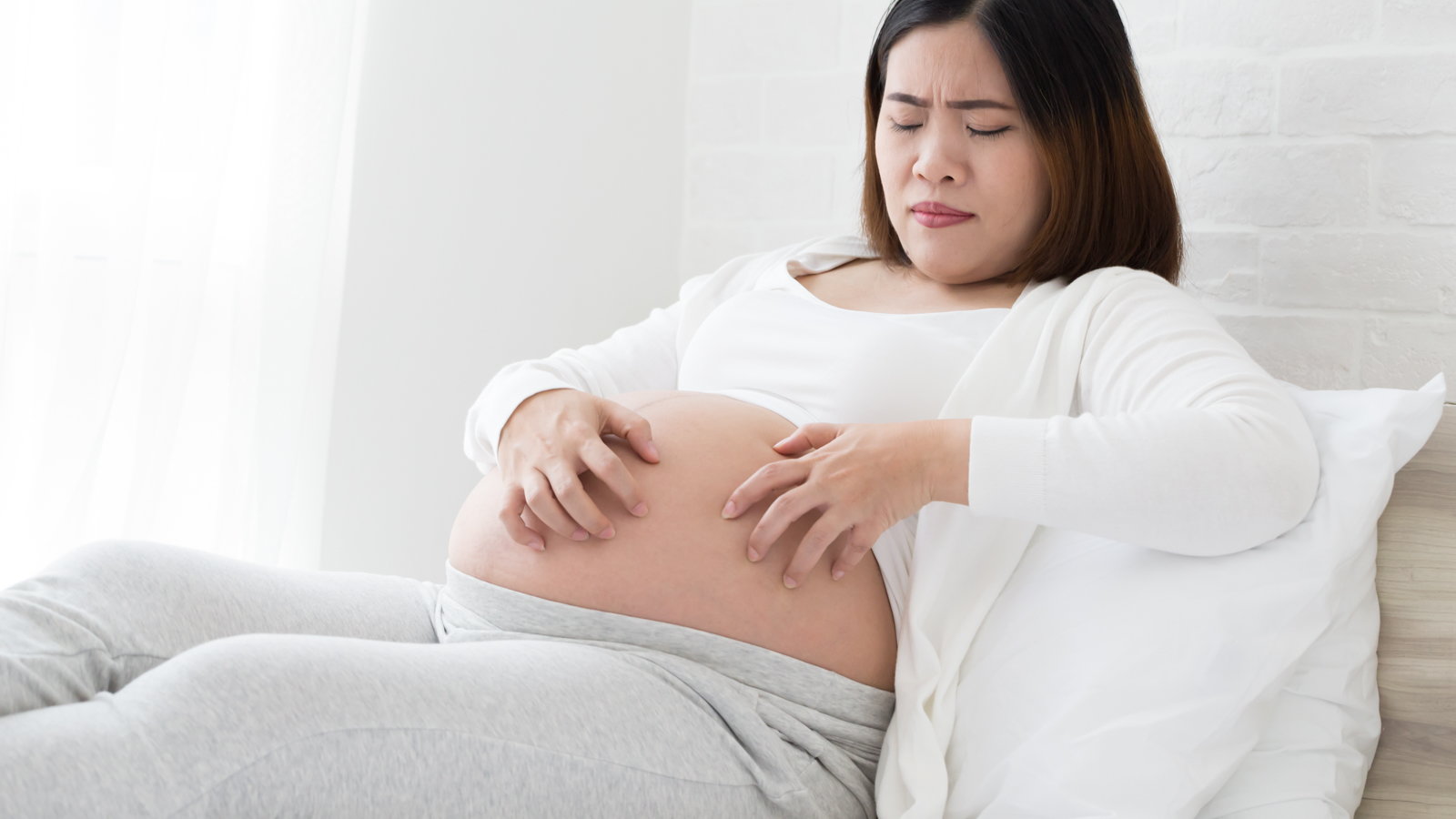 How Is PUPPP Treated?

PUPPP can't be cured, so your doctor will work with you to try to relieve the symptoms as much as possible. Corticosteroid creams seem to be the best medicinal treatment for the rash. For severe cases, your doctor might prescribe brand name corticosteroids like Fluonex, Lidex, or Deltasone. Apply the creams to the rash as your doctor instructs. Sometimes doctors will prescribe Benadryl for PUPPP. It doesn't work as well as the creams, but it can make you drowsy and help you sleep if the rash is particularly irritating. You shouldn't take Benadryl if your doctor doesn't directly recommend it, though.

There are some other things you can do at home to relieve the symptoms. You can take cool baths to sooth the itching, or soak the affected area with a cool wet rag. Your doctor can recommend lotions that will relieve the itching as well. Wearing loose cotton clothing can keep you from irritating the rash.

The good news about PUPPP is that it won't affect the baby in any way. The rash usually starts to subside within a day or two of giving birth, and then it goes away completely.