Tanning During Pregnancy: Is It Safe? 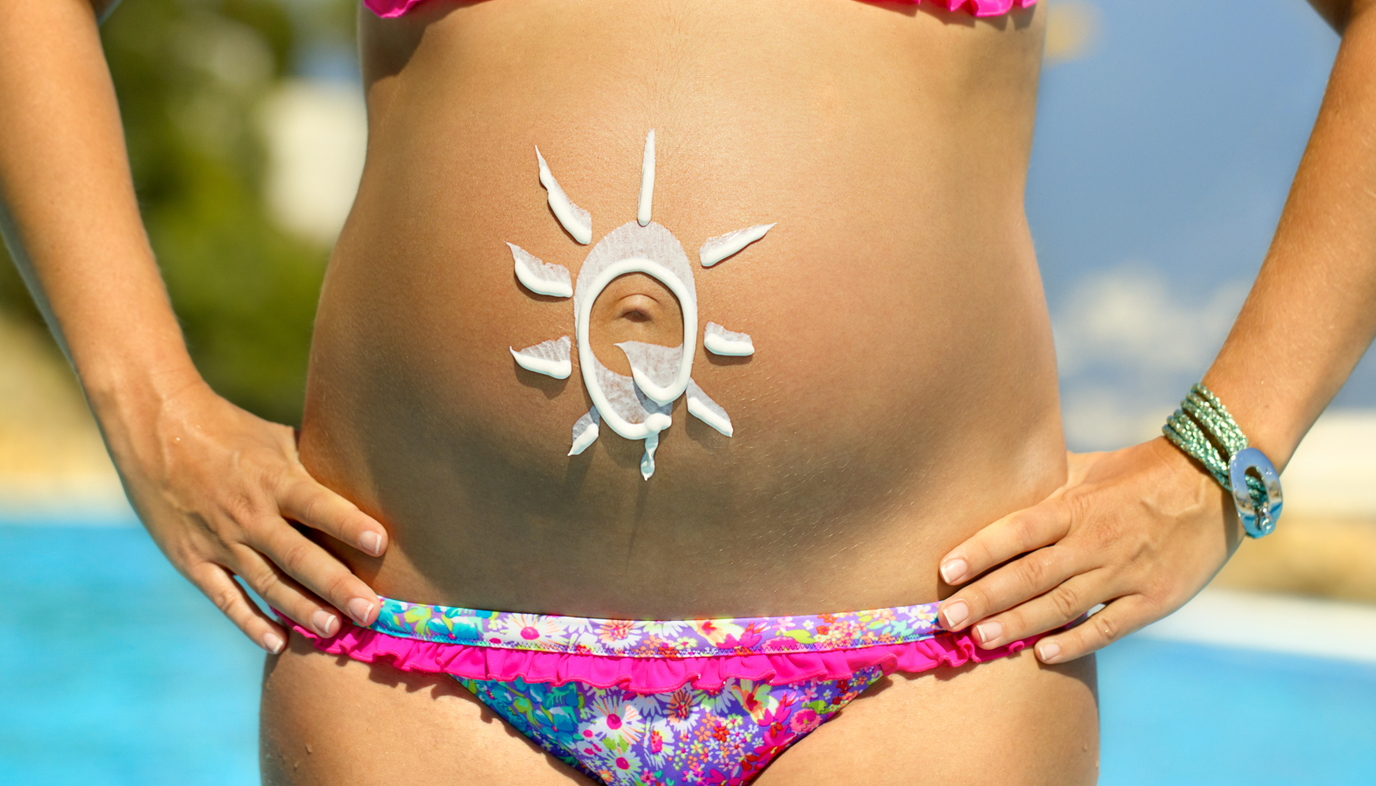 You and the sun are one. You love nothing more than sitting out in the sun, relaxing and soaking up its rays and getting that perfect golden tan. Once the cold weather hits, not one to let Old Man Winter steal your fun, you head over to your friendly neighborhood tanning salon for some rays via more mechanical methods. If you’re pressed for time, there’s always that gift from the ‘modern convenience Gods’-the spray-on tan.

One day, you discover you’re pregnant. Now what? Must you forgo your blissful quest for tanned skin or are there ways you can still get that golden glow along with your pregnancy glow without harming your baby?

These days, spending hour upon hour out in sun tanning is advised against whether you’re pregnant or not. The fact is, the sun gets hotter every year, and that protective layer of ozone has more holes in it now than a block of Swiss cheese. Skin cancer rates are skyrocketing, and we just can’t spend as much time baking in the sun as our ancestors could.

So then came along the spray-on tan. Advertised as a healthier alternative to getting golden since you’re not putting yourself at risk under the sun’s damaging ultraviolet rays, you spray it directly on your skin. Research claims are that the major chemical in spray-on tans: Dihydroxyacetone (DHA) is not harmful to your skin though as with any chemicals you come in contact with, there is a chance of allergic reaction, depending on your skin type and sensitivity. 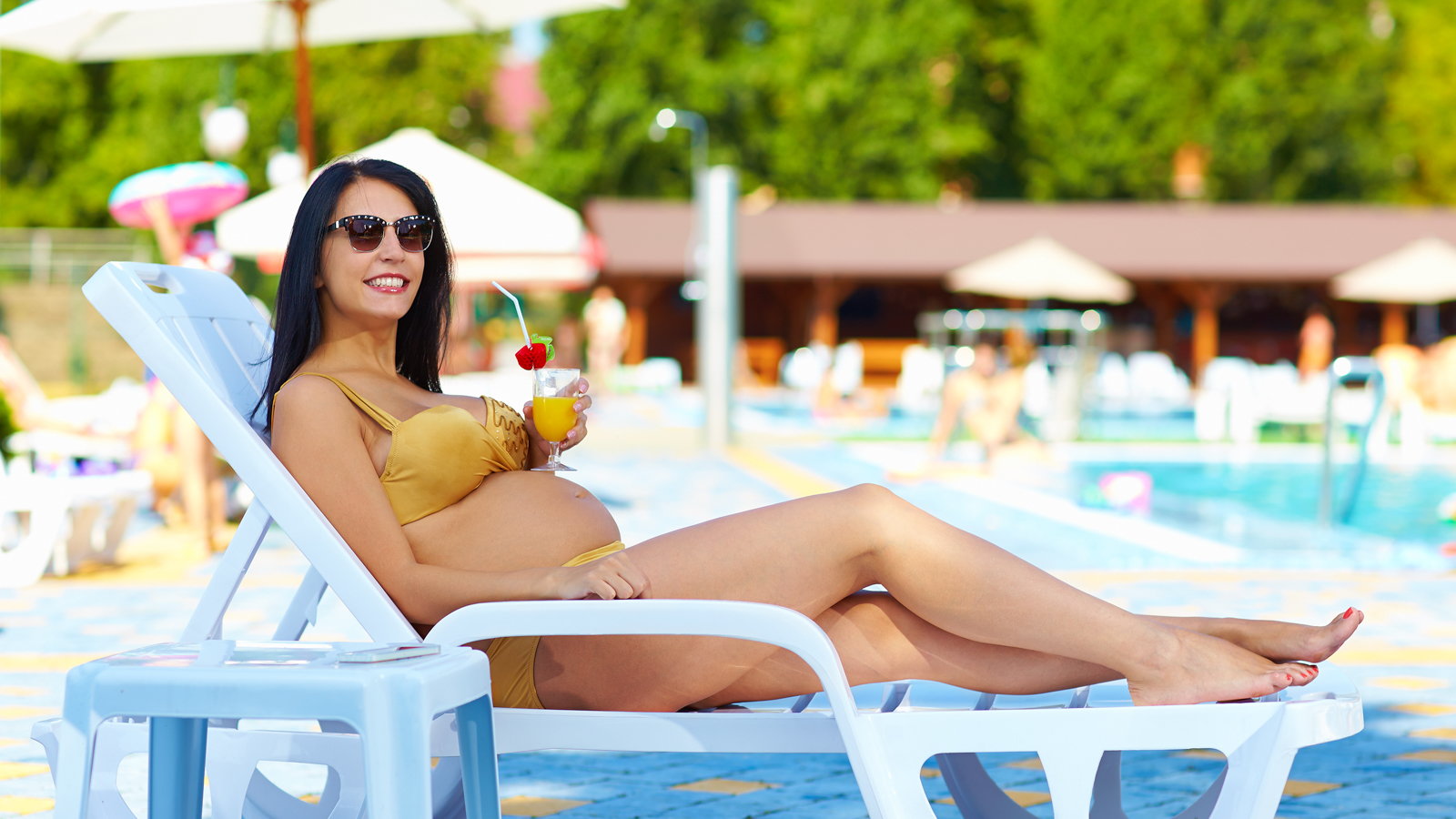 Of course, if you want the relaxation aspect of tanning, there are always tanning beds. You head over to your neighborhood tanning salon where you are placed into this pod-like contraption that emits those same UV properties you’re after when you sit out in the sun, only they use a UV light bulb to do it. The jury is still out on if this causes more or the same damage that sitting out in the sun would.

The stance in both the medical and scientific community is to avoid tanning altogether whether you’re pregnant or not. Essentially what happens when you tan is that your skin develops a darkened layer (the tan) to try and protect you from the harmful UV rays but with prolonged exposure, this darkened layer weakens, and it’s protection with it. Not only does the aging process speed up, but also there is a high risk that cancer cells could start to form in the skin.

So we’ve looked at what exactly happens when you tan and how each option available works. The safest bet seems to be using a fake tan but we’ve all heard the horror stories about that what with stained clothing and that glow turning as orange as George Hamilton. Once you discover you're pregnant, do the risks go up across the board, including with the ‘safe’ fake tanning option?

Something to keep in mind is that when you’re pregnant, your skin becomes much more sensitive. The time between tanning and burning becomes considerably shorter. So if you would normally find you get a nice tan after an hour or two out on the beach, be aware that pregnant, you can now burn in as little as half an hour. So if you’re reluctant to minimize your time in the sun, triple up on the sunscreen. Another worry is that during your pregnancy, you’re more susceptible to overheating and dehydration. Add to that hours in the hot sun, and you’re just asking for trouble. Spending too much time in the sun when you’re pregnant also seems to lower the folic acid both you and your baby need. 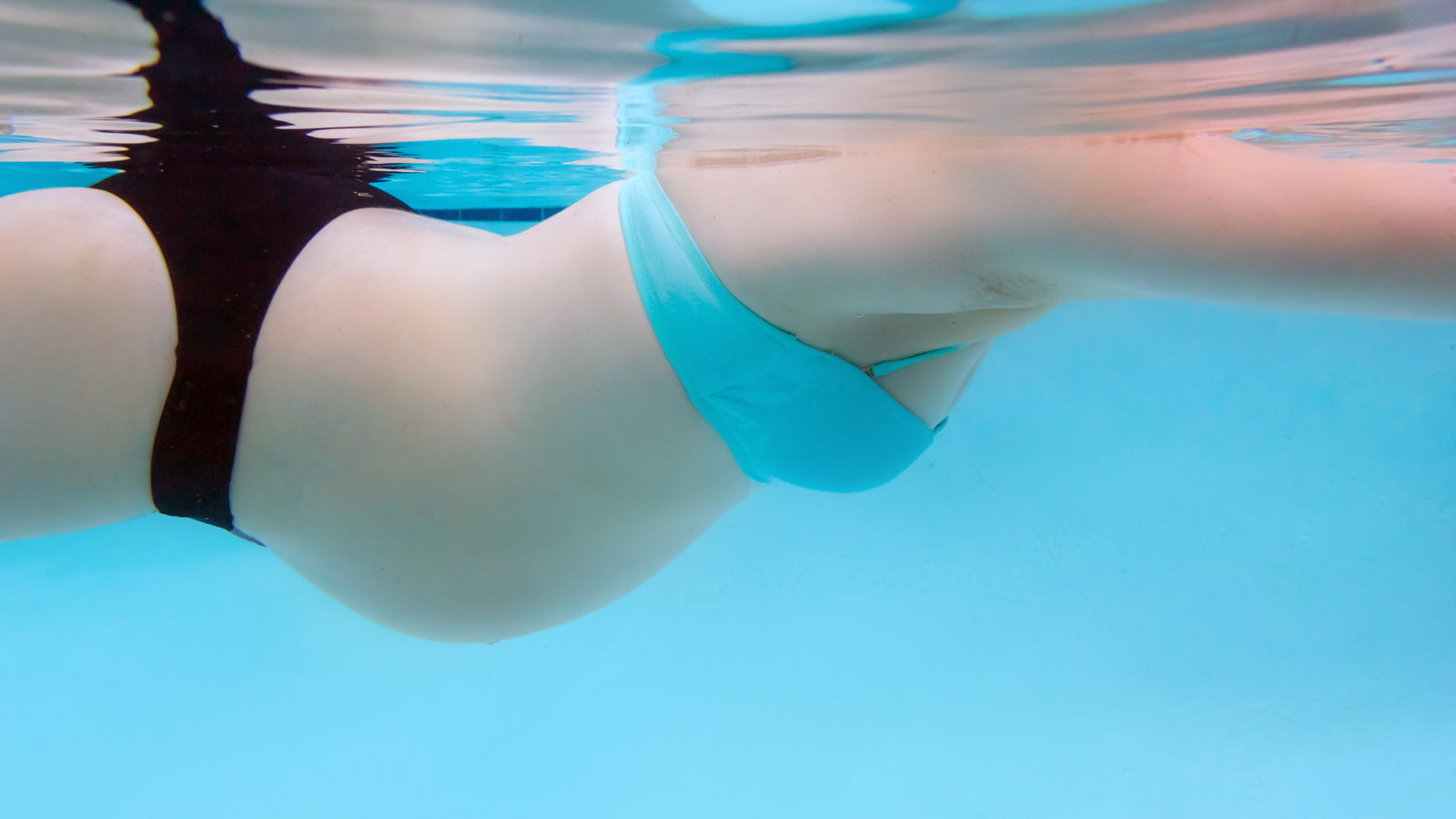 When we’re talking about tanning beds, early tests seem to suggest that the risk of folic acid deficiency is even higher because your exposure to the radiation from the UV bulbs is more direct than the exposure from the sun. Spending less time in the tanning bed than you would out in the sun is generally the rule of thumb. Folic acid works to protect your baby from birth defects like spina bifida. Ideally, doctors suggest, because of the scarce information of the full effects on tanning beds, that you avoid them for at least the first three months of your pregnancy until your baby’s major organs have developed and the risks are minimal.

So let’s look at that ‘safer’ method of tanning; ‘fake tanning,' in respect to your pregnancy. The major risk here seems to be just your skin’s sensitivity. Even if you’ve used self tanners before, pregnancy changes your skin so you should do another patch test on your skin. This will rule out whether you’ve developed a new sensitivity or allergies to the chemicals thanks to your pregnancy. Because the DHA in fake tanners is applied to the outer layer of skin, it lies on the dead skin cells which are removed over time and thus is not absorbed into the skin.

A new option that made a brief appearance in the U.K was a tanning pill. Don’t go looking for it though, because you won’t find it. It was promptly removed from the shelves when it was discovered that high quantities of food coloring were used in its make up that posed a danger to unborn babies and led to an increase in cases of hepatitis and retinal damage.

Testing on the effects of tanning in its various forms is still very much in its preliminary stages which you should see as a warning in itself. We don’t know the dangers, so that means it’s potentially dangerous. Give yourself a tanning break for the duration of your pregnancy, at least, because when it comes to your baby, you most definitely would rather be safe than sorry.