When Should You Let Your Tween Wear Make Up? 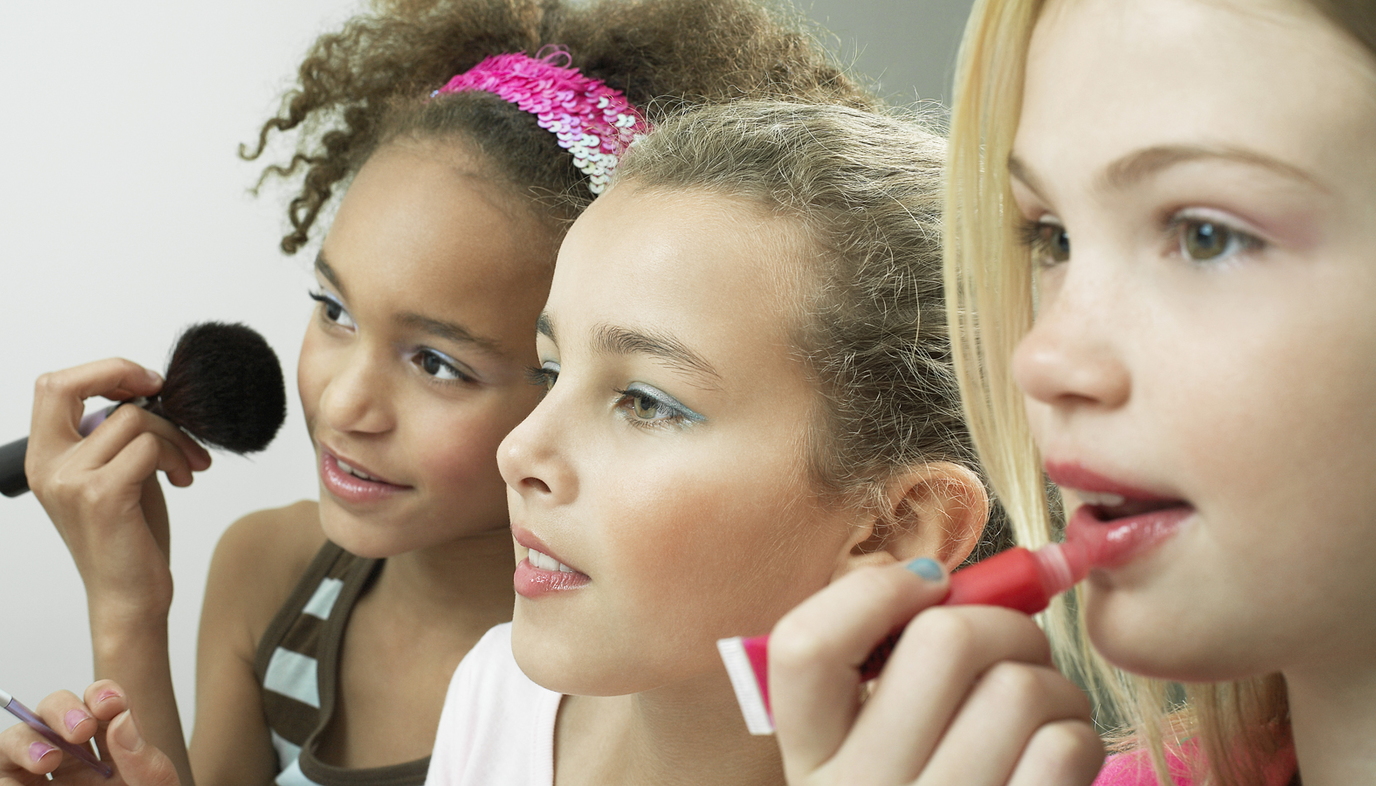 Just yesterday your little girl was running around in diapers. As they grew older, they would watch you put your makeup on and you’d probably have to keep their curious little fingers out of your bag of cosmetics. They’d copy your actions and there might have been times when you had to keep an eye on them to make sure they didn’t eat your lipstick.

Chances are when they hit nine or ten years of age, or these days maybe even younger, that they’ll be watching you as you apply your make up and want to try some for themselves. To wear this time, not to eat.

The Reason to Allow Makeup

Visions of Britney Spears start dancing through your head. You see those tweens walking down the street in tight clothes and makeup so caked on as to leave no trace at all of the faces underneath. You definitely don’t want that to be your daughter, but when they ask to wear makeup, do you refuse and risk your daughter caking it on at school, without your guidance…with a picture of Paris Hilton up in her locker as a guideline?

The best thing to do is to help them make it through this important milestone with age-appropriate guidelines. Set the example but be open to allowing your daughter to experiment. You might want to keep the darker colors away until she gets the hang of it though. 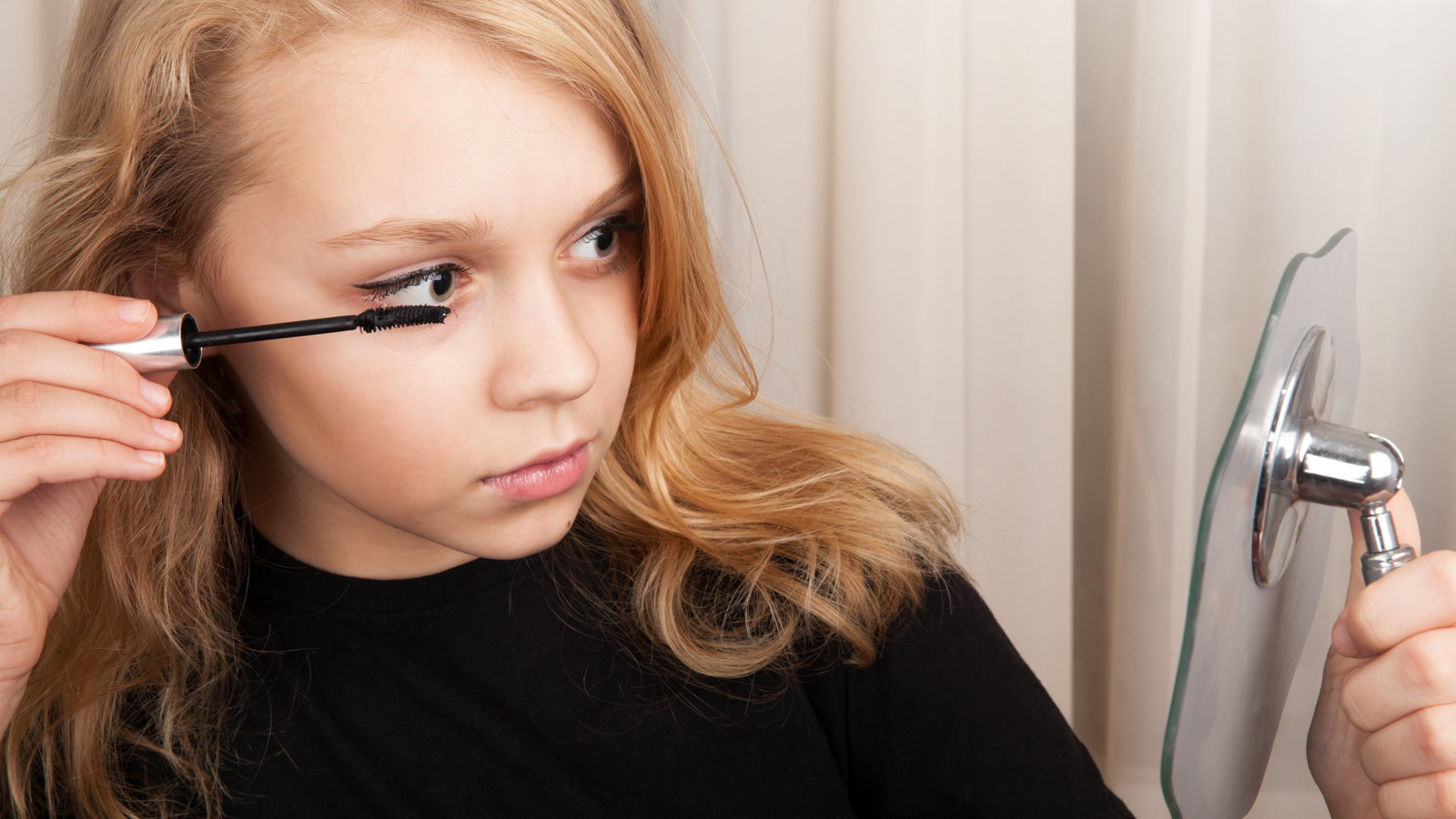 For Jen, a thirty-six-year-old educational assistant from Santa Fe, New Mexico, her daughter started showing an interest in wearing makeup when she hit seventh grade and she saw her friends were beginning to wear it. “I allowed her to wear a moderate amount of makeup when she showed interest. I do think that by the time they hit middle school it's ok in moderation. I do feel it's a parent’s duty to show the right way to apply the makeup and monitor how much is put on. I don't mind my daughter using a light amount of makeup, ie. eye shadow, eyeliner, lip gloss. I made sure that she knew the appropriate amount and said more is not a good thing, however.”

You can help your daughter build up her confidence by allowing them to use the testers when you bring them along when you pick up your own cosmetics. It’ll be fun for them to test the myriad of colors available. You can give them certain rules depending on their age such as only sheer light gloss or a lightly scented perfume and neutrally colored blush for an eleven or twelve-year-old, but let them pick the brand. They’ll want to pick the same grown-up brands as mommy uses so just point them in the right direction in the cosmetics aisle.

You could try looking through magazines together and picking out models who have more of a simplistic makeup style. You want to impart on your daughter that she doesn’t have to cake on the makeup to look beautiful. At the same time, you know that a little makeup helps you to present a polished look to the world, not so much to hide your flaws as to bring out what’s already there. Chances are good that when she goes into her professional career, going facially au naturel won’t give the impression of confidence and being ‘put together’ as much as a bit of color and evened out skin might. Dark circles scream tiredness, even if you’re not and may convey that you’re not up to the task.

It’s a fine line between teaching your child that a polished look with correctly applied makeup will serve her well later in life and teaching her that it’s what’s inside that counts. Both are true, but you can use one to bring out the other. How many times have you been feeling down and when you put on some lipstick and blush, the outward effect perked up your spirits?

But what happens when your daughter is bombarded with the message from friends, the media, or maybe even you that she needs makeup to beautiful? Could allowing your child to wear makeup too early do more damage than good? 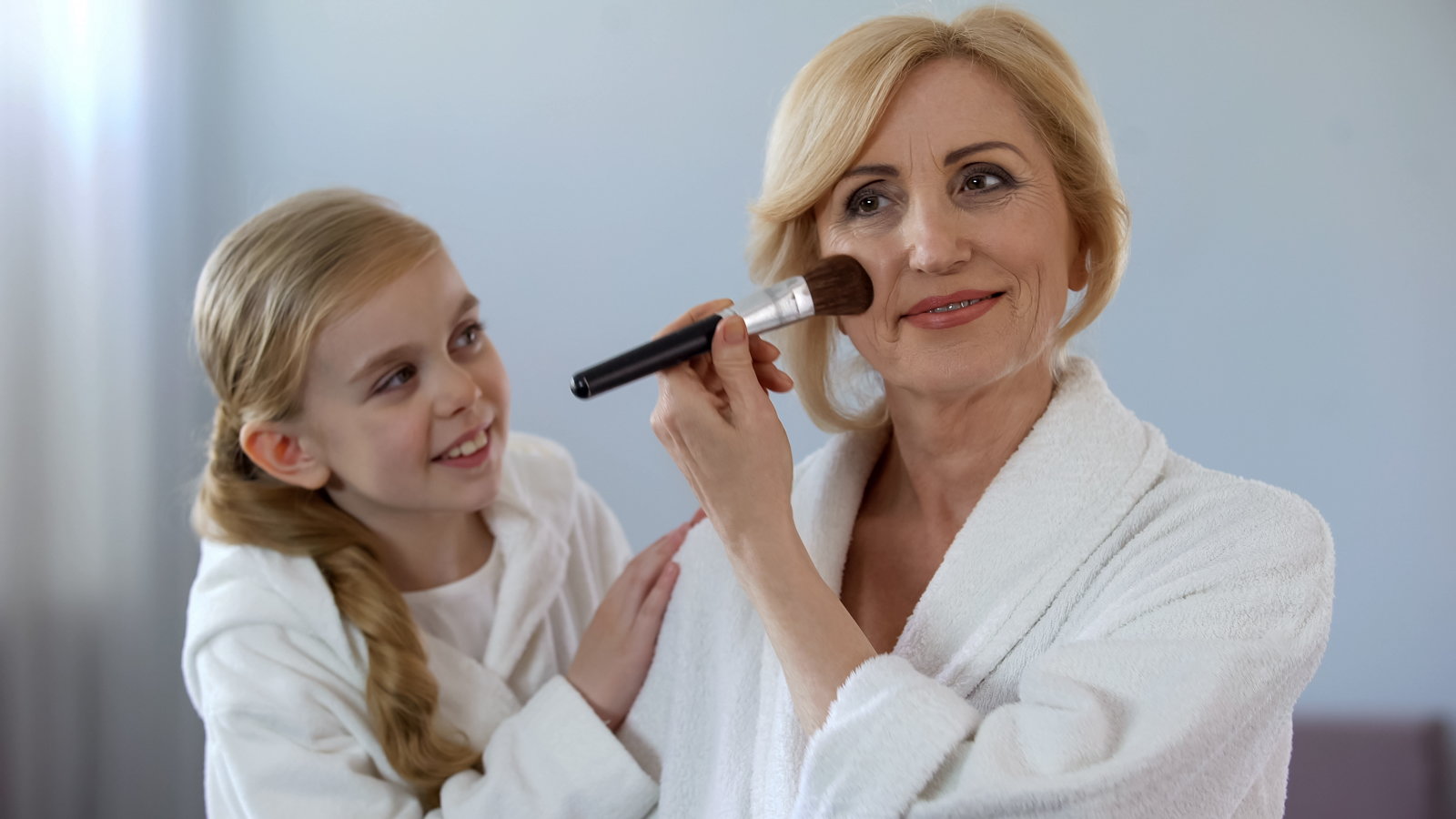 Dianna, a forty-three-year-old business owner from Daytona Beach, Florida thinks that allowing a child to wear makeup too early could send the wrong message not only to your child but to the world about your child. “I think it places unrealistic expectations on them to try and be perfect physically. It can make them begin to rely on their outward appearance more than their inner beauty. Boys, men & people, in general, may get the wrong idea about them or treat them differently if they look grown & mature when they truly are not.”

Michele, a forty-year-old student from Boston goes even further and believes that it’s not so much about the right ‘age’ but teaching the right ‘message’. “I don't think it has anything to do with age. I think that the cosmetic industry negatively affects ALL girls and women by setting them up to fail because they aren't ‘perfect’. Our children are just right the way they are, and the cosmetic industry, from preteen to adult is BASED on the idea that we are not beautiful. This is a hot topic for me. You may want to read "The Beauty Myth. I can't remember the author offhand (Naomi Wolf) but it is an interesting read.”

Your daughter is going to wear makeup. It’s a simple fact because she’s going to see her friends doing it and want to fit in. It’s important that you recognize that it’s going to happen under your watchful eye or not. Now, if you just make sure that you’re the one guiding her through the sea of mixed messages from her friends, the media and society, you can help her leave the house looking her best, appropriately for her age and not like the love child of Paris Hilton and Bozo the Clown.