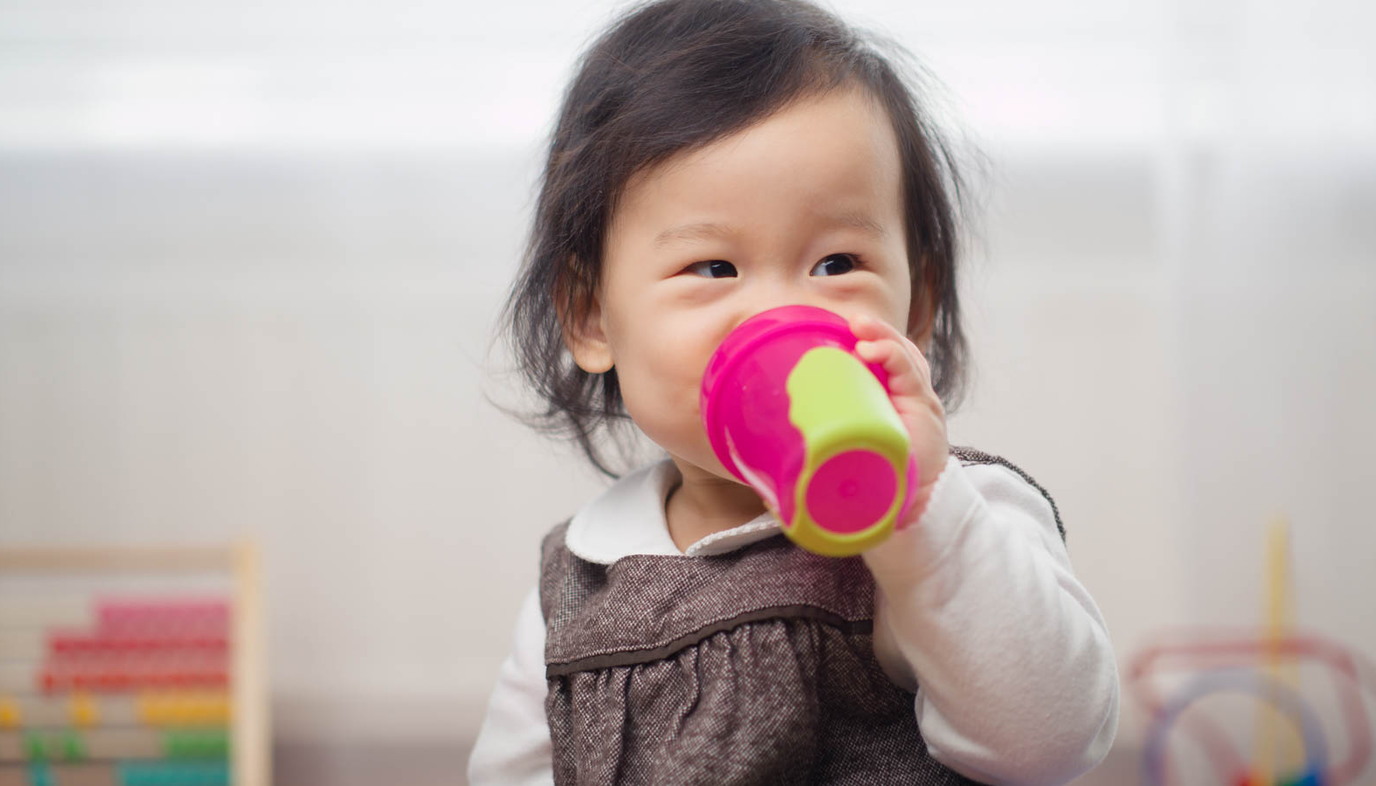 They share the store shelf with other baby essentials and transitional gear, but do sippy cups potentially cause more difficulties than advantages? Invented in the 1980’s, the sippy cup quickly became the next “how did we live without it” item for parents of babies and toddlers. Nevertheless, is the added step between bottles and cups beneficial? Some child experts and speech therapists are suggesting the troubles outweigh the convenience when it comes to this transitional dish.

For a stint, the presence of the dangerous chemical, bisphenol A (BPA), in the plastic of these cups and bottles were the primary concern, until marketers added specific BPA-Free labeling. However, even though approximately 90 percent of sippy cups are BPA-Free, there are still a number of other reasons to rethink using them. Here are six key reasons to consider skipping the sippy cup altogether.

Even if a cup isn’t releasing small amounts of bisphenol A for your child to ingest, it can still harbor horrible bacteria. Sippy cups are designed with complex plastic one-way valves, making it extremely easy for liquid and micro-organisms to become trapped in them. Without constant rinsing and thorough sanitizing, this quickly leads to the growth of bacteria and mold. Even scratches and worn areas of the cup are a harvest haven for germs and microbes. Since one of the appeals for parents pushing sippy cups is the no-spill freedom it gives an unassisted child with a drink, this often can lead to forgotten and abandoned cups later to be found behind beds, under car seats, or the set-aside diaper day bag. Even with hot water, soap, and sanitation, the inability to reach the inside of the valve runs the high risk that you’re handing your little one a plastic Petri-dish with their afternoon snack. 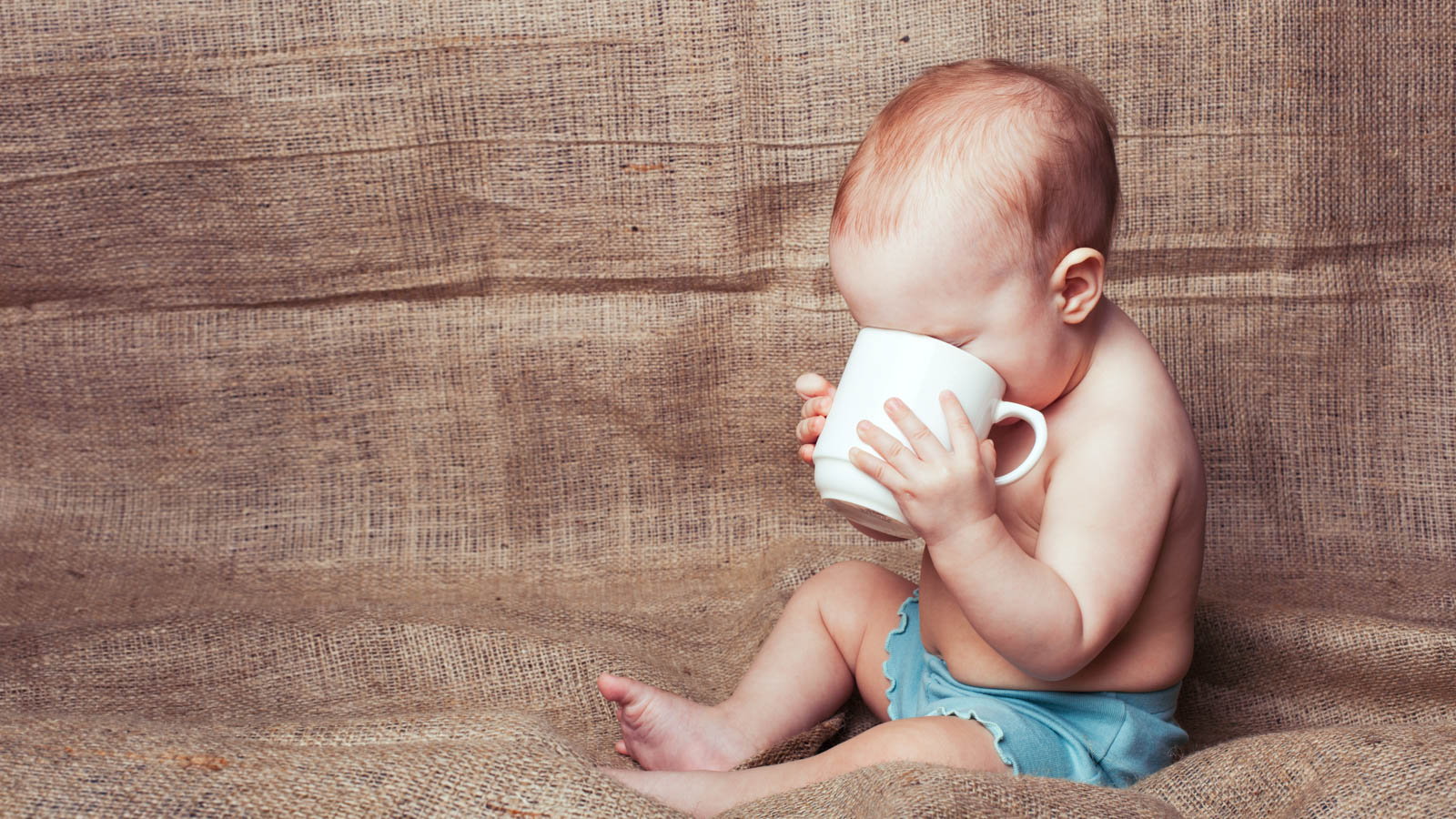 Sippy cups were not designed for motor skill development. Much like the issues concerning prolonged bottle use, sippy cups have been linked to an increase in speech impediments and delays, various orthodontic issues in children, as well as feeding issues such as chewing and swallowing problems. Because sippy cups are often introduced during critical periods of motor development in small children, regular and extended use can contribute to distortions to a growing soft palate, along with unnatural posture of the tongue. Speech-language pathologists consistently agree that prolonged use of a bottle, sippy cup, and thumb sucking can cause abnormalities in mouth development. Sippy cups continue to exercise the anterior-posterior movement of the tongue, much like the sucking movement needed for nursing and bottle use. This not only slowly positions the child’s tongue toward annunciation concerns, such as with cases of Orofacial Myofunctional Disorder, it also can hinder the development of proper swallowing, leading to future feeding problems.

The AAP recommends teaching children to start drinking from regular cups between 12 and 15 months. They can actually start learning how with the help of an adult between the ages of 6-8 months. Adding a sippy cup to the mix can often slow that process by a considerable few months. It is adding an extra step of transition without needing to. For many parents whose children may be having a difficult time transitioning from the bottle, a sippy cup may seem like a perfect solution. However, all this does is postpone the inevitable process of your child learning to drink from a real cup. Does it take time and patience? Absolutely it does, as do many parenting and child milestones, including potty training. Eventually, your child needs to drink from a real cup. Slowing that skill by adding a sippy cup stage does little more than delay development. 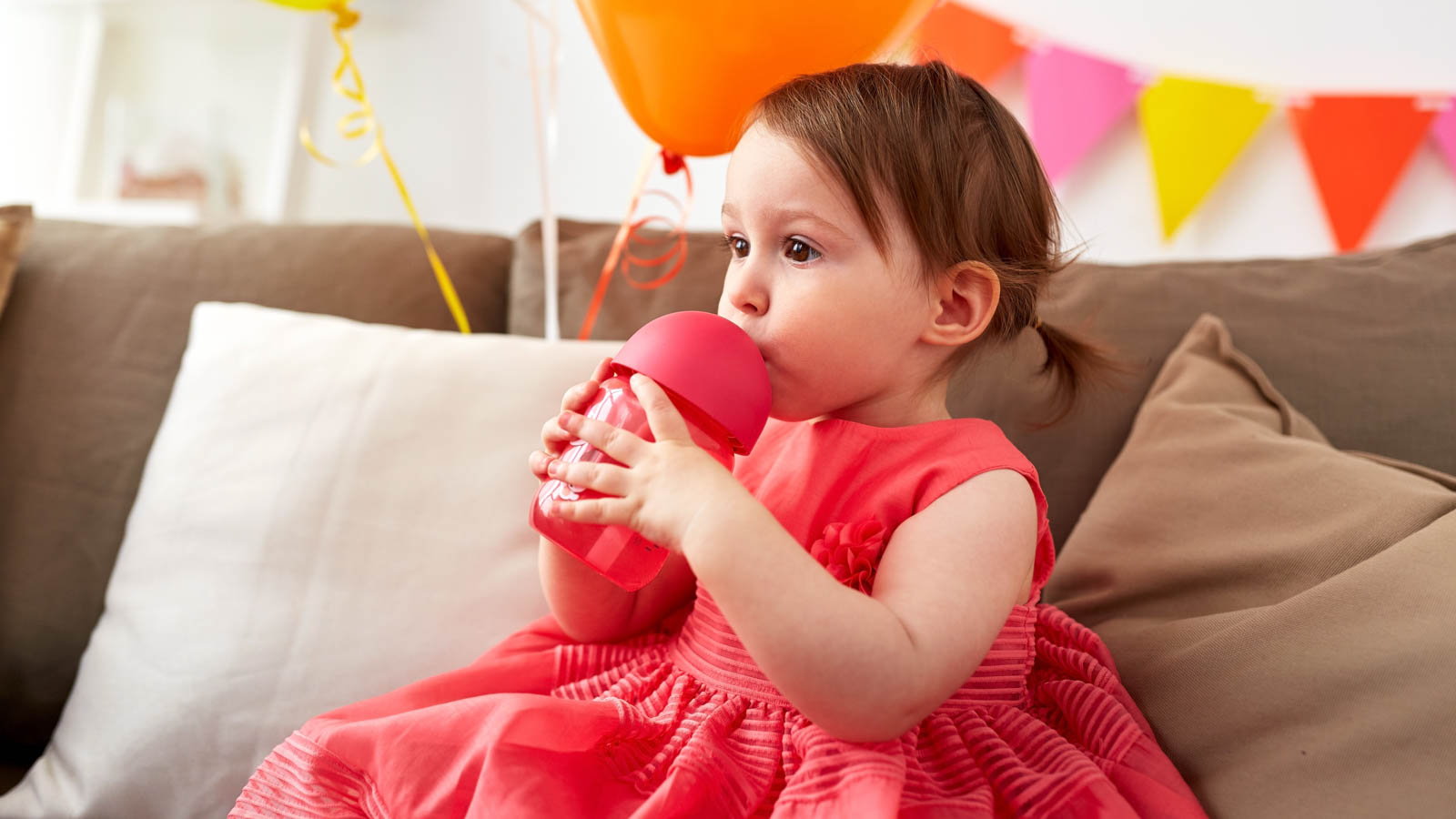 Sippy cups are designed to be mostly spill-proof. This greatly lends to parents and caregivers being more likely to allow kids to drink milk and juice over a longer period of time. This not only forms unhealthy grazing habits, it increases the likelihood of children taking drinks to bed or to passively consume sugar while watching television. Whether through lactose or fructose, the extended period of time these liquids rest in growing teeth and gums increases the occurrence of tooth decay. Because children learning to drink from a cup have the aid of an adult, it automatically builds in the necessary shorter time limit for liquids to be resting on developing teeth.

In the same ways that bottles left with kids in bed is correlated to more inner ear infections from leaks on pillows, so can even the most spill-proof sippy cup left with a sleepy, sucking toddler. Some experts even speculate that the unnatural force between cranial and oral pressure needed to suck on an artificial nipple (such as needed through bottles and sippy cups) can be linked to an increased rate of ear infections in small children. For the answers that sippy cups are designed to offer caregivers, complications like decay and infection are hardly worth the comfort.

There Are Better Alternatives

If the potential for spills still has you majorly stressing, remember there are some better alternatives than valve-based sippy cups. Small lidded cups minus the valve or nipple, and even cups with straws, are a much better solution to offer thirsty youngsters on the go. Research the right design and cup to fit your needs, keeping the issues of hygiene, health, and development of your child in mind. Remember, prior to a generation or two ago, there was no such thing as the sippy cup. Somehow your grandma survived without this cup trend for toddlers, and that means that you can, too.