What is a Triphasic Chart?

You may have heard the term triphasic chart or triphasic pattern and wondered what this meant. A typical ovulatory bbt chart is considered a biphasic chart – meaning two phases. A triphasic chart means that it has three phases or three sustained temperature shifts. The third shift usually takes place sometime around 7 to 10 days after ovulation and may correspond with the timing of implantation.

The reason that women see a shift in their body temperature after ovulation is due to an increase in progesterone secreted from the corpus luteum. Once implantation occurs progesterone levels may increase again. In some cases, this can be seen on a bbt chart.

Is my chart triphasic? 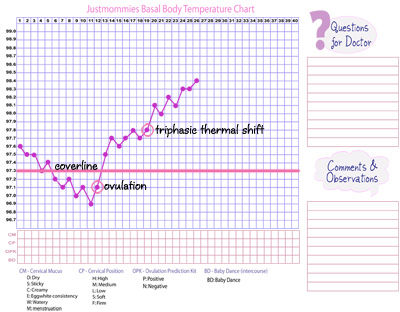 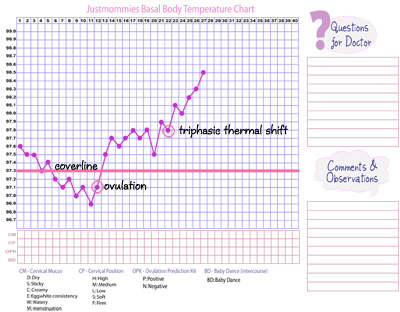 Does a triphasic chart mean you are pregnant?