Baby Spitting Up: When Should You Worry? 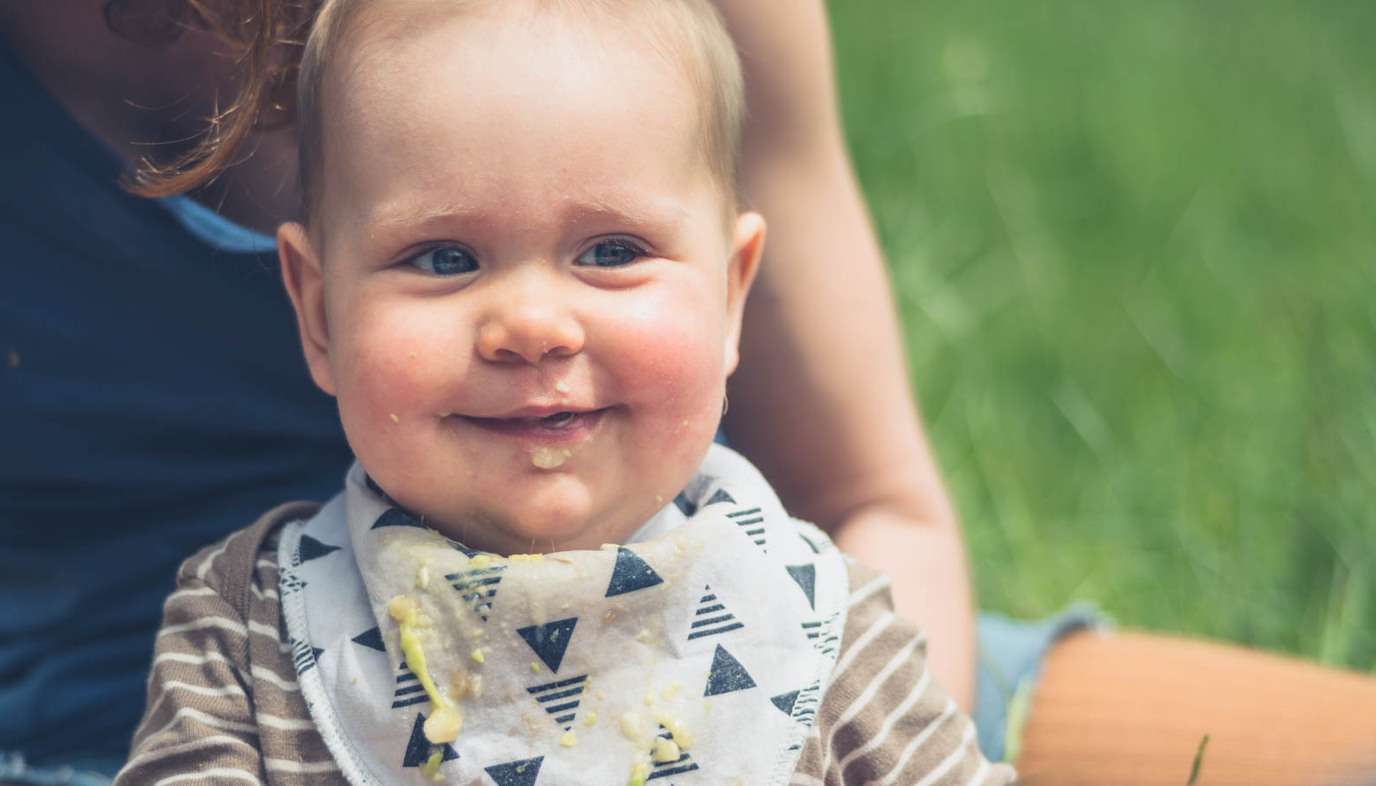 It’s a fact. Babies are messy little creatures. There’s a reason bibs and diapers are billion dollar industries. For most parents, though you may be unprepared for the sheer volume of the messes your baby will generate at first, you quickly become accustomed to the results your little angel bestow upon you… and I do me upon you. It’s like they have ‘new shirt’ radar. You can lounge around in your PJ’s all day, but the second you get dressed to go out somewhere, you pick up your baby and there they go, spitting up on you. It will eventually happen so often that you wonder if it’s better for you to wear the bib instead of your baby.

While spitting up comes with the territory for infants, how much is normal and how much should send warning bells off in your head that something more serious may be going on?

Looking for the Signs

The easiest indicator if you should worry is your baby itself. If your baby has been fed and then spits up what you consider to be a large amount but otherwise seems fine, chances are that he is fine. There’s a danger these days in overly concerned parents rushing to their doctors at the first sign of any considerable dribble that could result in your doctor prescribing medication your baby doesn’t really need. This could lead to dangerous problems for your baby later on and could affect his development. 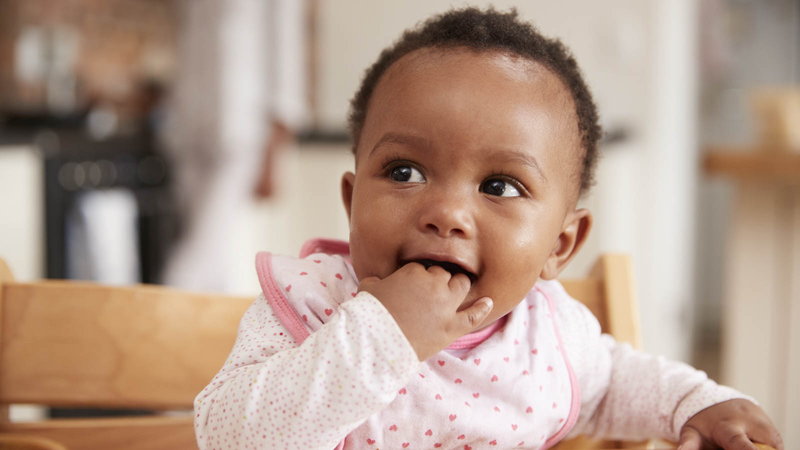 The wide spread belief that any baby who spits up more than what the individual parent or doctor considers normal is leading to the rampant misdiagnosis of gastroesophageal reflux disease in the same category as simple reflux. One needs medication for relief. The other doesn’t, and it’s up to doctors to be able to take time to calm parents' concerns. However, in more and more cases, doctors are simply prescribing medications for babies who spit too much so they can alleviate parents fears. Rather than deal with frazzled parents who are certain they know better, they send them on their way with a prescription so they don’t have to deal with them.

Discerning Between Reflux and Reflux Disease

So how can you, the parent, tell the difference? Well, normal reflux is caused when your baby is too full, and his stomach simply can’t hold all his food. Sometimes a burp is all he needs to release some gas and make room, and he’ll feel right as rain again. Sometimes, a burp and some of the contents he can’t hold down comes back up too. Your baby is new to this whole digestion thing, so cut him a little slack. If he’s really full, he may spit up a lot, but if once he does, he settles back down, rest assured, he’s fine. As long as he’s taking in more than he’s spitting up, you shouldn’t worry.

When pain accompanies the spit up is when you have cause for concern and that is the deciding factor for an accurate diagnosis of gastroesophageal reflux disease. Sometimes babies experience the pain of GERD without the excessive spitting up, but that’s only because the contents of their stomach, instead of being expelled, are re-swallowed. Other symptoms may include gagging, choking or frequent burping. The pain will understandably make him fussy and cause him to have trouble sleeping.

If the constant spitting up is causing him to have difficulty gaining weight, this can also be a danger sign as it could lead to serious complications including a failure to thrive.

Once your doctor determines that the presence of the majority of these symptoms indicates GERD, he will start your baby on a few reflux medications to see if that eases the situation on its own. If he decides testing is needed, he will likely conduct a 24 hour ‘probe study’ where a tube is placed down into the baby’s esophagus to measure if too much acid is present.

An easier test for the baby involves a barium swallow where the baby is given a barium concoction and then an x-ray is taken of the baby’s stomach, but considering the spitting up is the main problem, chances are high that the baby will spit up the barium, rendering the test ineffective. But this would be a problem only if GERD is present as the barium can’t stay down long enough to render a reading of the acid level. A barium swallow may be able to help if instead of GERD, the cause of the excessive spitting up is any blocking or narrowing of stomach valves which may cause the reflux. 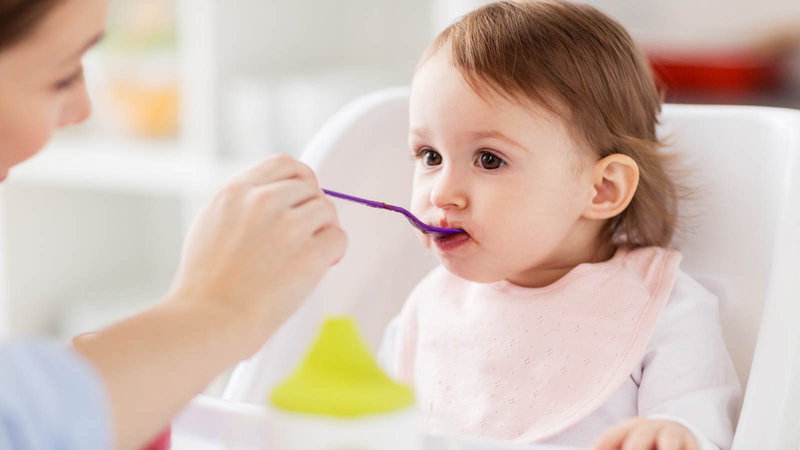 Some other reasons for too much spitting up may include breastfeeding during a growth spurt your baby is experiencing. If he’s taking in more milk than usual, he’ll obviously get fuller quicker and, while he may feel he needs more nutrients because of his growth spurt making him hungrier, his stomach may not be able to handle the extra intake. Because of this, he’ll spit up more. This may also happen because he’s taking in more air as well. To help your baby digest the higher intake, aim for more frequent short feedings as opposed to long stretches of feedings.

Another cause may be when he’s teething. At this time, babies generate more saliva and they swallow more saliva, causing them to spit up more.

Avoid jostling your baby too much as your feeding him, as this causes him to lose his grip on your nipple or the nipple on the bottle, resulting in him swallowing too much air.

So while all this excessive spitting up may play havoc on your laundry, rest assured that as long as your baby is gaining weight at a normal rate and isn’t in any pain, chances are pretty good that stocking up on bibs and keeping extra clothes on standby every where you go will be the only things you need to worry about.