How Early Can You Find Out Your Baby's Gender with an Ultrasound?

For centuries, expectant parents had to wait until the moment of giving birth to learn the sex of their babies. Of course, there have always been old wives’ tales and superstitions about figuring out baby sex, but thanks to the wonders of modern technology, moms and dads these days are able to find out a baby’s sex with ultrasound months before delivery. This is most commonly done between weeks 18 and 26 of the pregnancy, but some newer ultrasound technology can determine the baby’s sex as early as 12 or 13 weeks.

Finding Out Your Baby’s Sex with Ultrasound 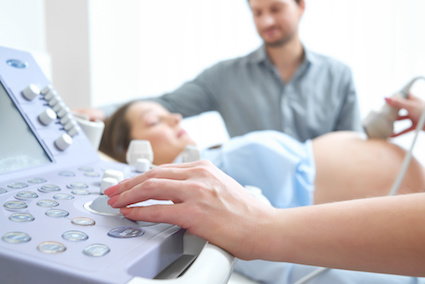 Ultrasounds don’t just reveal the baby’s gender; the procedure is done mainly to take an early look at the fetus to make sure it’s developing properly. During an ultrasound, the technician moves a device over the mother’s stomach that sends high-frequency sound waves through her uterus. The sound waves create a picture of the fetus that is viewed simultaneously on a monitor.

Depending on the age and position of the fetus, the technician should be able to accurately determine whtether the child will be a boy or a girl. This is based on the technician’s recognition of the baby's male or female genitalia. Before 18 weeks of gestation, male and female sex organs can appear similar, which is why most ultrasounds to determine sex are performed after this point of fetal development. No obvious evidence of a penis may lead to the assumption that the baby is a girl, but this is not 100% proof, so if you’re having an ultrasound to find out the gender of your baby, be sure to ask the technician how clearly he or she can see the baby’s genitals on the monitor. 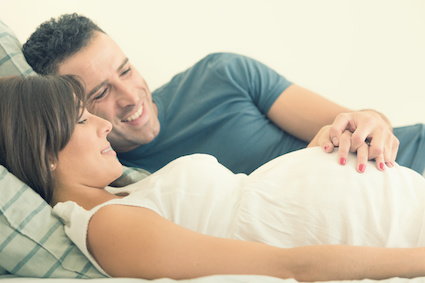 Other medical procedures performed on some pregnant women can also determine the baby’s gender, such as an amniocentesis, which is recommended for women who become pregnant at a later age or might be at risk for genetic diseases or birth defects, and chorionic villus sampling (CVS), a test on pregnancies that are at high risk for genetic or chromosomal defects. If you’re having an ultrasound but don’t want to find out the baby’s gender, you can still look at the image; it’s unlikely that you’ll be able to recognize a developing baby’s genital organs without the help of a trained professional to point them out.

Should You Find out Your Baby’s Gender with Ultrasound? 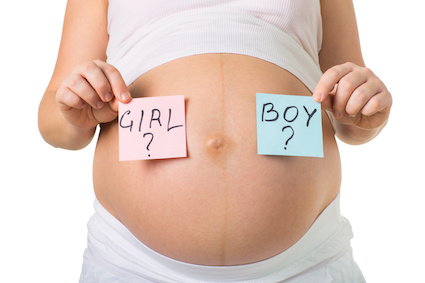 Having an ultrasound to find out your baby’s gender is a fairly straightforward and safe procedure, and many expectant parents want to know this before the baby is born, some even like to have a gender reveal party. That way, they can settle on a name for the baby and start decorating the nursery for either a girl or a boy. Baby shower gift choices are also simpler this way. Some people feel this might also strengthen the bond with the baby, who now has a specific identity.

At the same time, there are couples who want to wait and choose not to find out the baby’s gender until the moment of birth. They want the discovery of whether the baby is a boy or a girl to be a surprise. The suspense can make pregnancy, labor and delivery more exciting. The nursery can be decorated in neutral colors, and there’s plenty of time once the baby has arrived to buy gender-specific clothing. In these cases, if ultrasound or other procedures which can determine the baby’s gender are performed during the pregnancy, those results aren’t shared with the parents-to-be – but sometimes just knowing that someone else knows their baby’s gender is enough to convince parents to find out for themselves!